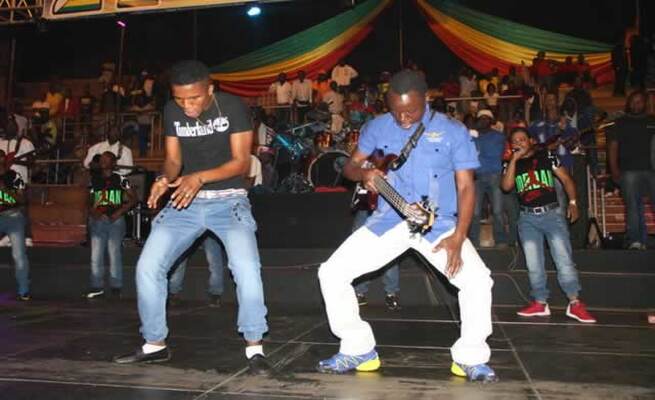 ORCHESTRA Mberikwazvo dancer, Selemani “Majuice” Mponchi, was back in court yesterday with the complainant’s mother saying the artiste allegedly rap_ed her daughter on their way from a party.

“I’ve forgotten the date, but she told me that she had gone for a party and she was offered a lift by Majuice who then took her to a certain place in Kuwadzana,” she said.

“When she left for the party, I called her around 6pm and she said she was at the bus stop, and she was facing challenges to get transport.

“She got home around 7-8 pm and when I asked her where she was, she just said she had faced transport problems.

“I tried talking to her advising her that it was bad for a girl child to walk by herself at night, but she appeared drunk and that’s when I decided to leave her alone. The next morning she spoke to a certain man, who is a life coach, and he was the one who texted me and advised me that my daughter had been raped the previous night.”

The mother said her daughter then confirmed the story. In cross examination, Majuice’s lawyer, Arshiel Mugiya, asked her whether she believed her daughter when she said she was facing transport challenges.

“I didn’t believe that she had faced challenges because no one can ever face transport challenges for an hour or two,” she said.

After cross examination, Mugiya made an application for discharge, at the close of the State case.

“With the indulgence of the court, can I make an application for discharge because we believe the evidence, led by the State, is so manifestly unreliable that no court acting reasonably can act on it to convict and there are no essential elements proving the offence of rape. The leading case when it comes to rape matters is that of the State vs Nyirenda and when it comes to rape there are certain guidelines that must be followed.

“She is a wayward child who goes against her parents, who drinks beer and sleeps with men, invites men to pick her from home and when she’s confronted she finds an easy way out, which is lying.”

Prosecutor Makonde opposed the application saying that he managed to prove his case beyond reasonable doubt. Magistrate Mhene remanded the matter to January 27 for ruling.

News Muza Mpofu - 13 January 2022 0
An 18-year old pupil accused of stabbing his 15-year old girlfriend to death will hear whether he has been granted bail next week. This after...
Loading...