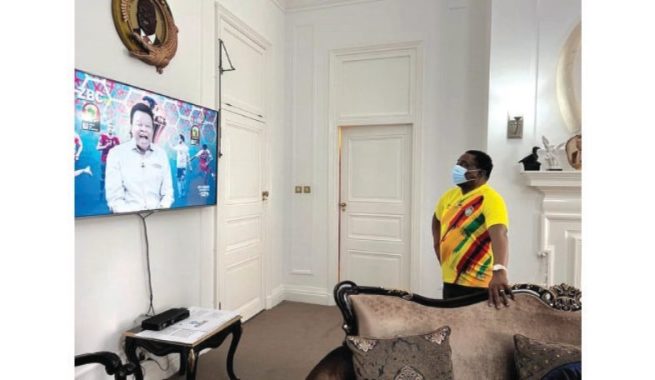 President Mnangagwa is now on his annual leave, taking a break after implementing crucial activities at both Government and party level.

In a statement yesterday, Chief Secretary to the Office of the President and Cabinet Dr Misheck Sibanda said Vice President Constantino Chiwenga will be Acting President until the President’s leave ends on February 5.

The President is spending his leave within Zimbabwe.

The Second Republic, led by President Mnangagwa, has since set its sights on economic growth from recovery after steering Vision 2030 anchored on the National Development Strategy 1 (NDS1) which saw the economy registering growth.

This required careful decision-making, with the last two waves seeing the economy being kept open while infections were controlled through adherence to masking up, social distancing, curfews and other rules.

This worked with the second and third waves and considerable progress has been made in pushing back the fourth wave.

The vaccination programme was launched in February, with Zimbabwe ensuring an adequate supply chain for vaccines within a few months.

Money was set aside in the budget to assist the most affected businesses and for social payments to those who were the hardest hit economically.

The combination of the programmes was praised by both the World Health Organisation, for getting the medicine and science right, and the World Bank for doing this and coping with the socio-economic fallout without much damage to the economy.

President Mnangagwa’s administration has equally received a pat on the back over how it rolled a Covid 19 vaccination programme.

Infrastructure and other Government capital investment was a major plank of the year’s activity, with the road rehabilitation under the Emergency Road Rehabilitation Programme. Several major and feeder roads have been rehabilitated following years of neglect.

He has also commissioned several other projects that include dam construction, an oxygen plant in Manicaland, innovation hubs at various universities among other projects.

His administration has also continued with engagement and re-engagement efforts as it seeks to deepen cooperation with members of the global community.