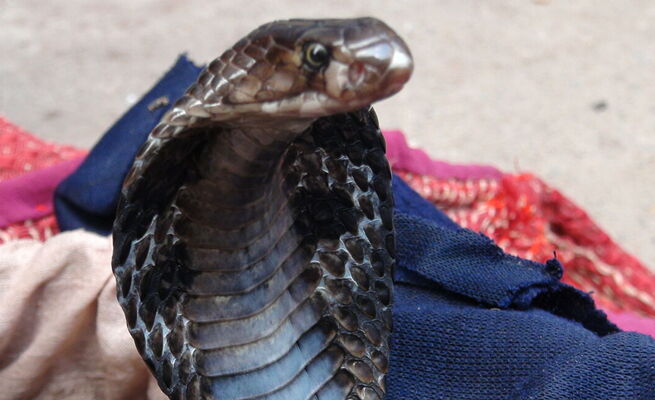 THERE is a h0rny snake in Inyathi’s Village 5 that is “rap_ing” women, inflicting weak erections on men and stealing money from villagers.

Villagers who have fallen victim to the snake reached out to B-Metro and had a lot to say.

The villagers are complaining about strange things that are happening in their community.

“Our husbands work tirelessly to feed the families but we don’t see the outcomes as whatever money they earn just disappears into air thin without being used and this seems to be happening in many homes because everyone is complaining of the same that is why we suspect that this is someone’s snake,” said one of the villagers (name withheld).

The snake was first seen in a sack on a mountain by a hunter who alerted the village head.

It is said he heard a hiss made by the snake and there was sudden thunder which made him suspect that it was not a normal snake.

The village head then called a meeting for villagers to see the snake but when they went to the mountain, nothing was found in the sack that was identified by the hunter to have had the snake.

Tsikamutandas were called by some of the villagers to exorcise the whole village and unearth the snake and its owner.

A whirlwind is said to have rose and moved about until it stopped at the homestead of a woman suspected to be the owner of the snake.

In an interview with B-Metro, the woman suspected to be the owner of the snake (name withheld) vehemently denied the allegations and said other villagers are jealous of her family’s success and have attributed their prosperous lives to the snake.

“I also heard that there is a snake terrorising people but the allegations held against me that I am its owner are all lies, I don’t know anything about that and I have not seen any snake,” she said.

Her relations with the neighbours have turned sour as they are now afraid of her.

Wherever she goes people point fingers and her children are being shunned and humiliated at school.

Attempts to have the tsikamutandas go door by door to cleanse and protect every homestead from the snake were abortive as the chief of the village ruled it out as it is illegal and would require every household to chip in financially for the tsikamutandas to be hired.

“The villagers have been complaining about this snake for quite some time now. The law does now allow us to search people’s homesteads even if we suspect that they own the snake.

“However, the chief said whoever has fallen prey to this snake should hire tsikamutandas to cleanse their homes.

“It is not within my powers to let the tsikamutandas go door by door,” said Hlalakuhle.