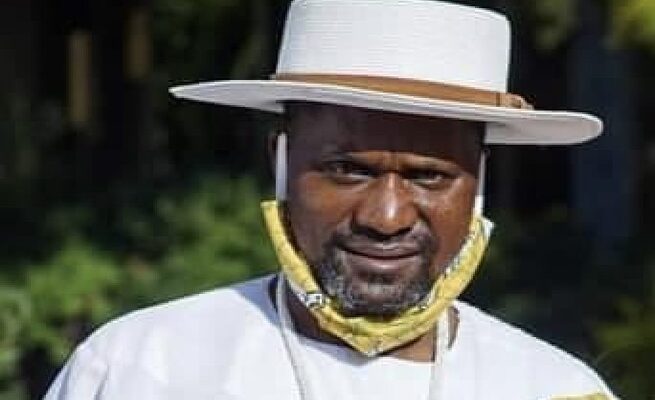 There were tense moments on Friday when tears ran down Chief Musarurwa’s cheeks and he rubbed them off using his hands as his attempted rap_e trial against a girl (14) entered its second day on Friday.

Chief Musarurwa born Enos Masakwa continuously shook his head as he sat in the dock and broke down as a young brother to the complainant, a little boy gave evidence in court.

The boy said he saw the chief’s official vehicle parked at a secluded place near his parents’ home on the day that his sister was nearly rap_ed by the traditional leader. The marathon trial also attended by The Mirror ran from 9am to around 4pm.

None of the court officials including the Provincial Magistrate Batanai Madzingira raised any issue with the incident but it became the talking point after adjournment as people hotly debated the incident.

Chief Musarurwa is facing two cases of attempted rap_e after he allegedly f0ndled the complainant’s brea_sts and private parts. The first case allegedly happened inside the chief’s car and the other in his rural home.

Chief Musarurwa’s lawyer Norman Mugiya pointed out during cross examination of the complainant and her witnesses that the complainant’s evidence varied and was inconsistent. He said that the statement given to the police was different from the one given to the Probation Officer Darlington Chigweshe and the court respectively.

Chigweshe however, said that such was normal with children and in particular when they give evidence in the presence of the accused as happened in the Friday trial. He said intimidation and fear can see children changing their statements.

The complainant’s father told the court that Chief Musarurwa gave him US$10 as an apology for f0ndling his daughter. That evidence was dismissed by the court.

It took a long time for the chief to be brought to court after the case was reported.