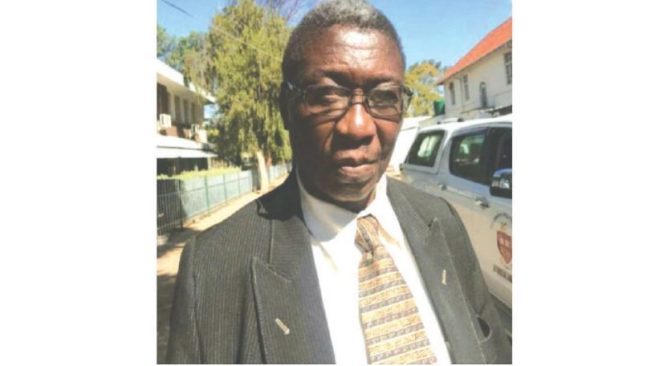 A FORMER Makokoba Residents’ Association chairperson was left nursing injuries and without three teeth after a woman who turned down his love proposal allegedly teamed up with her relatives and assaulted him.

The married Promise Ngqwababa (70), who is a respected figure in the suburb and used to hold an important portfolio, allegedly proposed love to Sothile Mpofu (47), a married woman. Her husband is based in South Africa.

Mpofu said she turned down his love proposal and told him that she was married.

“He approached me at my workplace here (Mkambo) and told me that my husband said he should monitor me. After that he proposed love to me and I turned him down and he left,” said Sothile.

Ngqwababa was undeterred as he came back and threatened to tell Sothile’s husband that she was cheating.

“He came to my workplace threatening me saying I’m a pr0stitute. He went on to say I have eight boyfriends and he wants to tell my husband.

I got angry and teamed up with my child and a relative and beat him,” she said.

A source close to the incident said: “They punched and kicked him all over the body.

He bled profusely and shamefully sprinted to his home. His sunglasses got damaged and he lost three teeth from the assault.”

Ngqwababa was evasive as he said he was busy and requested this reporter not to write the story saying the matter was being investigated.

“Wait for the proper time. I will grant you the interview and will tell you everything.

Do not write it because investigations are still being carried out.”