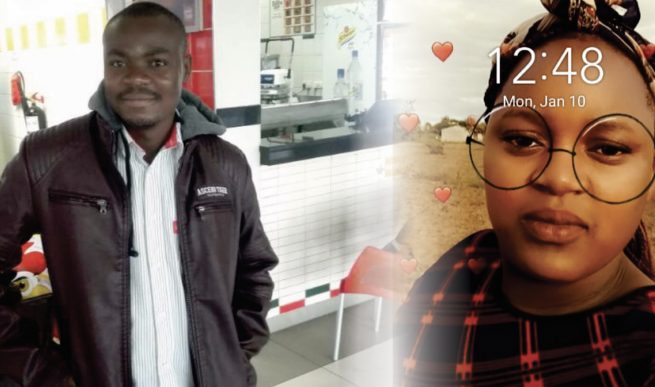 Two Chicken Inn managers at Chivhu have been fingered in an adulter0us affair that saw the affected husband causing a scene at the fast food outlet on Monday last week.

Naison Hove, a shop manager at Chicken Inn allegedly had to run to a nearby Police station to seek refuge after being confronted by Marshal Kudakwashe Muroiwa.

Muroiwa, a teacher at Liebenberg High School in Chivhu told The Mirror that he was shocked to discover on January 15, 2022 that the nud_e pictures he took of his wife Cecilia Ncube were sent to Hove’s WhatsApp number.

The pictures were allegedly sent by Ncube.

Muroiwa also says he bumped into messages in his wife’s phone in which she sang praises of Hove’s large manhood and tiger performance in bed. Hove is said to have described Ncube as very sweet in the WhatsApp messages.

Ncube is a shift manager at Chicken Inn while Hove is a shop manager at the same company, said Muroiwa.

Hove vehemently refuted the allegations in an interview with The Mirror and said that the story is a fabrication.

Ncube however, confirmed the story but refuted allegations that she was in an adulter0us relationship. She said that her husband overreacted and she has since packed her bags and gone back to her parents. She is also no longer working for Chicken Inn, she said.

The Mirror has audios of the two parties being counselled at Chivhu Police base where Hove had allegedly to run to seek refugee after being confronted by Muroiwa. Both Ncube and Hove are heard in the video accepting that the two indeed had a se_xual relationship.

Ironically Muroiwa and Hove were friends and the se_xual relationship had been running for seven months, according to sources.

Muroiwa told The Mirror that on Saturday he was helped to open his wife’s phone by the couple’s child.

“I discovered that my wife was having a se_xual relationship with Naison on Saturday. I got the chance to have her cellphone but I did not know her password so I asked my first born to unlock it for me. I went straight to her whatsapp and discovered Naison’s number hidden under whatsapp lock.

“I managed to get to their chat. I got a heartbreak to see that her nud3 pictures which I took on December 24 last years were sent to Hove who is also my friend. There were messages about their se_xual escapades, how sweet my wife was, Naison’s big organ and all that r0mantic stuff.

“The marriage is no more, she has since left in company of her parents. I am not going to sue. I will leave it to the Almighty to punish them,” said Muroiwa.