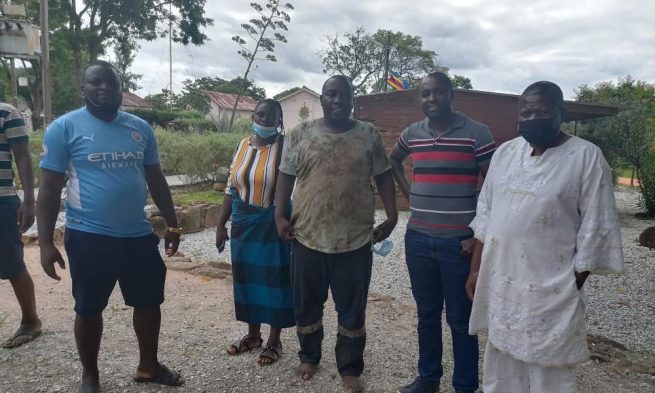 MDC Alliance member John Mupanduki who was allegedly abducted on January 7 2022 has been granted ZW$ 5 000 bail Magistrate Patience Madondo and is set to appear in court on January 23, 2022.

Mupanduki who allegedly said he was abducted and dumped in Mashava two weeks ago, was arrested on January 19 2022 being charged with supplying false information to the police.

His lawyer Martin Mureri of Matutu and Mureri Legal Practitioners confirmed that his client had been granted bail and is charged with supplying false information to the authorities.

“We have appeared in court today (January 20) and my client has been granted ZW $ 5 000 bail and should continue residing at given address, not to interfere with witnesses and report every fortnight on Friday at Bikita police station.
“
He is being charged with section 1:80 sub-section 1, deliberately supplying false information to the authorities; it being that he supplied information that he was abducted,” said Mureri.

He added that his client is facing malicious charges as the information he supplied to the police was correct and he did not fake being abducted.

“Those are cooked up charges. My client is denying that he faked the abduction, he never at any given time supplied false information to the authorities,” added Mureri.

Efforts to get a comment from MDC Alliance Masvingo provincial spokesperson, Dereck Charamba were fruitless as he said he was in a meeting.

For the past week, MDC Alliance activists have been frequenting the courts facing different allegations and the opposition party has accused law enforcement agents of being partisan in executing their duties and applying the law selectively.