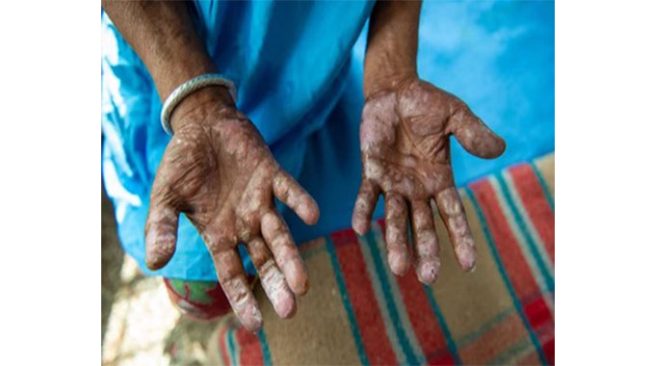 FIFTEEN leprosy cases were detected in Zimbabwe, most of them in Binga, Matabeleland North and the cases have been fuelled by delays in screening for one of the oldest diseases known to mankind.

Leprosy or the Hansen is a chronic infection caused by slow-growing bacteria called Mycobacterium leprae.

Zimbabwe eliminated leprosy as a public health problem in 1992 but the country remains vulnerable due to socio-economic factors such as poverty, overcrowding, and poor nutrition which still favour transmission of leprosy infection.

Back then leprosy hotspots in Zimbabwe included Gwanda and Bulilima districts in Matabeleland South; Hwange and Binga in Matabeleland North; Gokwe in Midlands and Chiredzi South and Chikombedzi in Masvingo provinces.

Over the past five years, Zimbabwe has been recording between 5 and 10 new leprosy cases per year.

In 2020, 15 cases were recorded with Binga accounting for the majority of them raising concern among health officials.

“Of the 15 recorded cases in 2020, nine cases were recorded in Binga and the diagnosed had Grade 2 disability which shows us that a lot of work still needs to be done to improve our case detection and early diagnosis. We are supposed to be diagnosing cases before they develop disability or maybe stage 1.

This will also help address the stigma around leprosy in our communities which often associate leprosy with disability and poverty,” noted Dr Siziba.

The ministry has been conducting training in Binga and other affected areas with funding from the World Health Organisation (WHO) to strengthen leprosy prevention.

“Zimbabwe has recorded an increase in the number of leprosy cases, with nine cases having been recorded in Binga alone over the past years. In 2020, leprosy cases for Zimbabwe were 15 and although leprosy cases fluctuated substantially in recent years, it tended to increase through 2007-2020 period ending at 15 in 2020,” said Dr Mkhokheli Ngwenya, the WHO national professional officer for Tuberculosis and Leprosy.