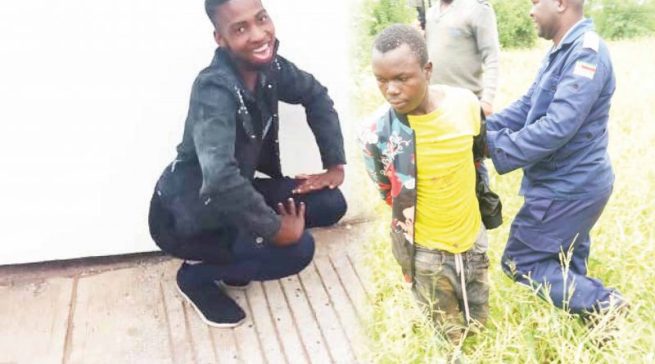 A well-known Chiredzi se_x worker, Paida Manika is no more.

She was stabbed by her boyfriend Obvious Yaya Toruvanda (22) who is believed to be a thief and she bled to death, The Mirror has been told. It is understood that the two had differences after Paida decided to end their relationship.

The incident happened during the wee hours of yesterday and she was confirmed dead at 4am. She was stabbed on her leg and sources said that she died from excessive bleeding.

Paidamoyo made headlines in 2016 when her mother who was also a se_x worker found her in the act, collapsed and died.

Masvingo Provincial Police Spokesperson Kudakwashe Dhewa could not confirm the report but The Mirror visited Paida place and had an in interview with her brother-in-law.

The Mirror also confirmed that Toruvanda fled after stabbing his girlfriend and was arrested at 4pm yesterday after being found hiding in a bush near Croco Motors.

“We were sleeping at around 3am when somebody came alerted us that Paida was stabbed. We rushed to her house and found her lying in a pool of blood with blood oozing from her right leg,” said her brother in law Arthur Mbodzera.

They took her to Chiredzi Hospital where she was pronounced dead.