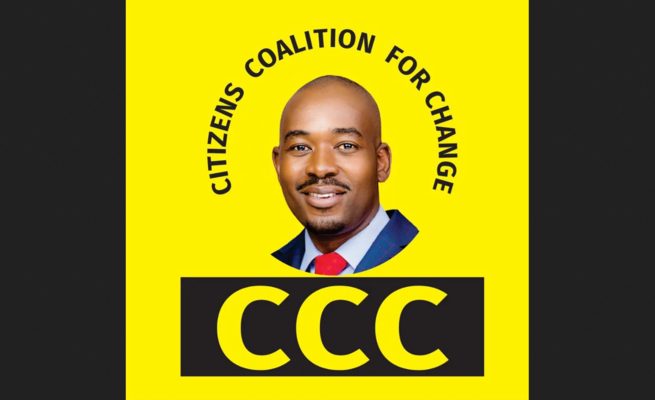 CITIZENS Coalition for Change (CCC)’s parliamentary candidate for Tsholotsho South constituency, Tapson Sibanda has vowed to make a lot of noise about the Gukurahundi issue in Parliament if he wins the March 26 by-election.

Sibanda (58) told Southern Eye yesterday that his district had a high number of families seeking closure to the Gukurahundi issue after losing their relatives to the State-sanctioned genocide in the early 1980s.

According to human rights groups, about 20 000 civilians were killed by soldiers during Gukurahundi.

“There are three issues that inspired me to contest the by-elections. I am coming from a district where there is a high number of Gukurahundi victims. These people have been traumatised for a long time and no remedy has been found. We need to make noise about it in Parliament until the government finds a lasting solution. Why is this system allowed to rule indefinitely without being taken to task?’’ Sibanda asked.

Sibanda, who is a teacher and trade unionist, said he will also tackle the issue of civil servants’ poor working conditions.

“We need voices from different platforms that can speak for civil servants. I have watched the economy deteriorating to levels beyond redemption, we need immediate attention to this and will speak out about corruption because other people continue to be richer every day,’’ Sibanda said.

He added that many students in Tsholotsho were dropping out of schools because of the long distances they walk to school, hence the need to push for construction of more educational institutions in the constituency.

Sibanda will battle it out against Musa Ncube of Zanu PF and Leonard Mthombeni of Zapu.