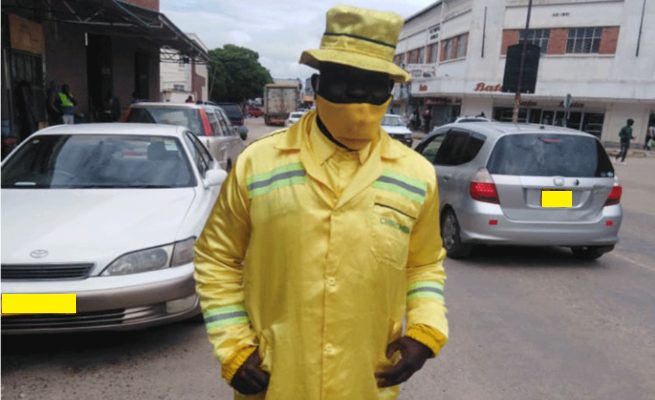 BIGBOY Chiremba (57) is well known in Marondera for his yellow outfits.

It is not for the love of the colour, but a marketing strategy that has paid off since 1992.

To residents and those who pass through the farming town, Chiremba is a known banana vendor.

With his bicycle drawn cart, and having been in the trade for close to four decades, he has earned himself nicknames Marondera Bananas or Mr Bananas.

But alas, a new wave inspired by the yellow colour is sweeping across the nation, and Marondera is no exception.

The party uses yellow as its brand colour.

Those with wardrobes laden with yellow outfits have been teased as supporters of the new party. On Friday, social media was awash with people donning yellow outfits as they called it a yellow Friday.

Mr Bananas is no exception as he is being teased as one of CCC brand ambassadors because of his outfit.

“I am not campaigning for any party. My outfit is part of my marketing strategy in my Banana selling business. I am known and identifiable in this town because of how I dress, who doesn’t know Marondera Bananas and his yellow suits?,” he said.

True to his words, Chiremba is known from suburbs, CBD and in offices.

“Some people are saying I am marketing CCC, but that is not it. CCC came decades after I launched my business,” Chiremba said.

The hardworking father of two owns two houses in Marondera, all from banana proceeds.

His houses are designed with banana symbols at the front, a clear message to aspiring banana vendors that the trade pays.

“People are asking me how I am going to operate given my line of business and outfit. I have been wearing these suits or outfits since 1992. That is my response; nothing will change. I am not compromised, but I am a citizen.

“I put on yellow clothing, my bananas are yellow and my house is yellow,” he said.

Chiremba who resides in Cherutombo high-density suburb said politics will not disturb his business.

“I am concentrating on my business. I am just a citizen, I am not into politics,” he added.

Chiremba is a widower and has two children.

On Thursday, six CCC activists spent the night in cells after they were arrested in Harare for wearing yellow outfits, but law enforcement agencies charged them with public nuisance.

Analysts have warned that the country faces violent elections, and this worries Marondera’s yellow-man.

Chiremba said if politics of colour got tense as the country heads towards elections, he will shelve the outfit.

“I am not moved by politics. This euphoria came after I had established my brand. If the atmosphere becomes tense I will just let it go,” he said.

Today, Chiremba has been caught in the political matrix of colour.

His brand has dovetailed with that of the CCC party. To his faithful clients, he is just a banana vendor who they identify with, but to political animals, he might be a good example of a figure pushing an agenda of the opposition party.