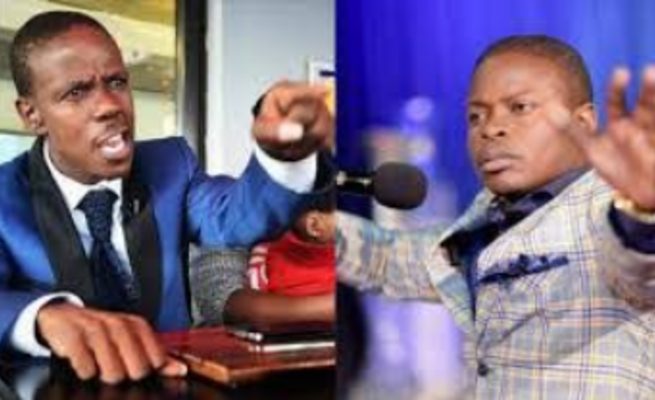 IT seems a holy war is once again brewing between Prophet Paseka “Mboro” Motsoeneng and Prophet Shepherd Bushiri.

Mboro of the Incredible Happenings Ministries said he intended to sue Bushiri, the leader of Enlightened Christian Gathering Church for tarnishing his image and spreading fake news about him.

This comes after a news channel mistakenly broadcast a headline that read: “Mboro accused of se_xual misconduct.”

This was on Thursday, 27 January.

The headline was, however, rectified shortly after to read: “Ekurhuleni prophet accused of raping young boys.”

However, a screenshot of the initial headline quickly circulated on social media supposedly from Bushiri’s Facebook page. The post was later deleted.

Mboro said: “It’s shocking that the man is a fugitive who can’t even come to South Africa to face the courts, but he finds it fit to attack me on his social media platforms for what was a human error.”

Mboro said if Bushiri had listened to the news report and how the error was rectified, he would have spared himself the humiliation of spreading fake news.

“But I am not surprised. He has done this for many years. He was always on a mission to destroy me,” said Mboro.

Mboro said he was in talks with his legal team to sue Bushiri for defamation of character.

Attempts to get comment from Bushiri’s spokesman Ephraim Nyondo were ignored.

Bushiri and his wife Mary fled the country in November 2020 after being charged with fraud, money laundering and theft. The justice department said it was waiting a High Court decision in Malawi on whether witnesses in South Africa could testify via video link in connection with the charges the couple is facing.