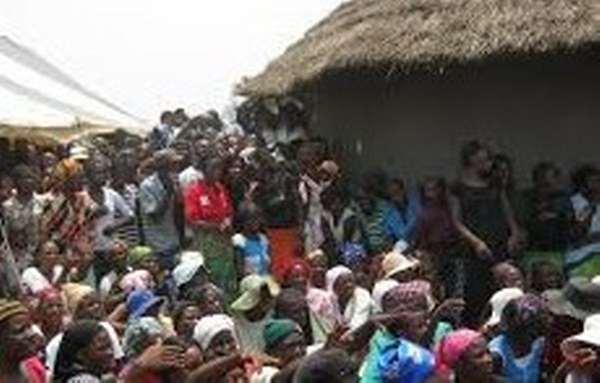 A man from Mberengwa who now stays with a second wife stunned the neighbourhood when he played loud music at his son’s funeral.

He also locked away a coffin bought by the brothers and the deceased’s body had to buried covered with blankets, according to papers in the hands of The Mirror.

Chief Nyamhondo ordered him to pay seven head of cattle and two goats.

Antony Mpofu of Marisa Village under Chief Nyamhondo deserted his first wife Gladys Mpofu and started staying with Ottilia Shoko. Since then he disowned all the children he had with Gladys.

When Gladys’ son Ronald (20) fell ill, Ottilia chased him away from home and when he died Mpofu refused to contribute towards funeral expenses. The deceased’s brothers had to buy the coffin for the deceased.

However, Mpofu went on to lock away the coffin and Ronald had to be buried without a coffin. Documents in the hands of The Mirror indicate that Mpofu still keeps the coffin in his house.

To add salt to an injury, Mpofu pulled out a radio and played loud music during the burial of his son.

Gladys reported the matter to Chief Nyamhondo but Mpofu has not been turning up at the court since October 21, 2021 when his son died.

Although Mpofu disowned his children he however, proceeded to receive lobola paid for Gladys’ daughters

Chief Nyamhondo gave a default judgement and ordered Mpofu to pay five beasts for keeping a coffin at his homestead, a goat for blocking people going to his son’s funeral, two beasts for tormenting his wife Gladys and another goat.

“This man has totally ruined me and my children’s lives since he took a second wife. The chief was disgusted by his behavior and described him as a cruel man”, said said Gladys.