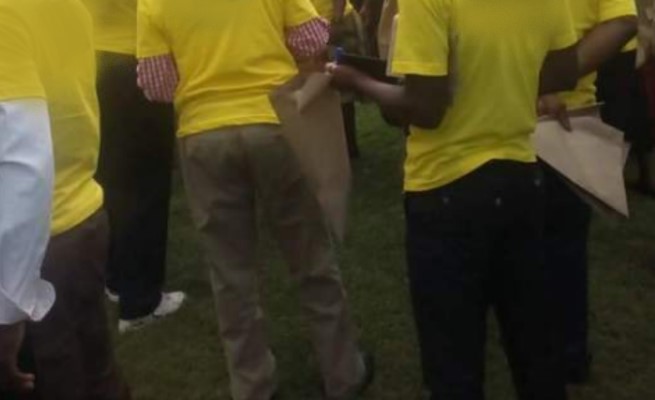 Citizens Coalition for Change (CCC) chairman for Gutu North, Philip Mahachi who was arrested for allegedly convening an illegal meeting is off the hook because the cop who arrested him is on the run, The Mirror can reveal.

The Mirror is reliably informed that Sergeant Brighton Ndlovu of Mpandawana, the cop who arrested Mahachi and a key witness in the case is wanted for rap_e and has been missing since last year.

Mahachi was arrested and jointly charged with Langton Guvava, the CCC Masvingo provincial secretary for cadreship, development and training. They heaved a sigh of relief yesterday when Magistrate Patience Madondo freed and told them that they would come to court by way of summons because the key witness could not be found.

“This can only be God’s work,” Mahachi told The Mirror as he left Masvingo Magistrates Court yesterday.

The Mirror understands that Ndlovu is wanted on allegations of rap_ing a 14-year-old minor that he was staying with at Mpandawana. The trial entered its second day of hearing yesterday after Shepherd Ngulube who was part of the arresting team gave evidence two weeks ago.

Asked on Ndlovu’s whereabouts, Masvingo Police Spokeperson Kudakwashe Dhewa said the alleged rap_e case was not reported in Masvingo but could have been reported in Mat North.

Mahachi and Guvava were arrested on September 21, 2021 at Zvavahera Business Centre in Gutu on allegations that they gathered party members and addressed an illegal meeting. The two denied the charges.

They spent two nights in the cells before being released on $2 500 bail each.

They were represented in court by Martin Mureri of Matutu and Mureri Legal Practitioners.

In their defence, Mahachi and Guvava maintained that they are popular figures and as they were drinking beer at Zvavahera, people came to greet them and some gathered around them and police confused that for a political meeting.