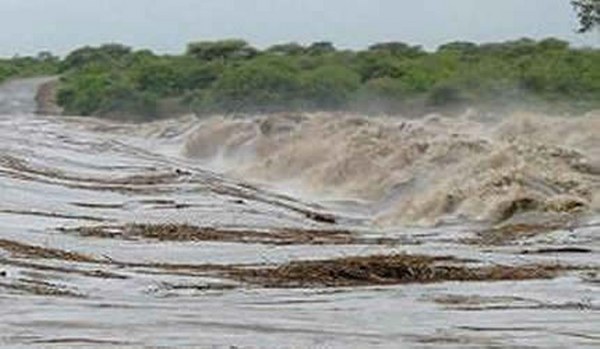 In Mukumbura, 10 people were swept away with the Government yet to ascertain whether they are Zimbabweans or Mozambicans.

“As for tropical depression Ana, in a way our preparations have reduced or minimised the damages to property, loss of lives except for the 10 people who drowned in Mukumbura River.

“We are yet to ascertain whether they are Zimbabweans or Mozambicans because Mukumbura River is still flooded and all the bodies were deposited on the Mozambican side,” he said.

Mr Nkomo said they have been advising people along borders not to cross flooded rivers, but the 10 people who lost their lives, could have been part of illegal syndicates that always come up with ways and means of crossing rivers using undesignated places.

“The reason why most of the people do that is because they bring in some illicit brews from Mozambique so they will never use the designated crossing points.

“There is also a need to intensify our surveillance along the border to ensure that we don’t experience that kind of behaviour along our borders,” he said.

Mr Nkomo added that due to the Tropical Depression Ana, in Chimanimani roads and bridges were swept away.

“In Nyanga houses were razed to the ground, but it was Mutasa that bore the greatest brunt. However, partners especially the United Nations High Commission for Refugees, have given some family tents which are being mounted not only in Nyanga, but also in Mbire and Muzarabani.

“As for the refugee housing units, we will also use them to accommodate our teachers in Muzarabani whose houses had their roofs blown off by the strong winds which accompanied Depression Ana,” he said.

Muchira Bridge in Chimanimani’s Ward 22, which connects with Ward 21, was extensively damaged, while 19 houses in Nyanga were damaged due to heavy rains.

Mr Nkomo said the focus now is on Cyclone Batsirai, a name coined by Zimbabwe.

“We have not dismantled our preparations on the ground. All the committees are active because a specific area has not yet been mentioned on how this Cyclone Batsirai is going to affect Zimbabwe.

“We have activated all the 10 provinces so that they gear themselves for any eventuality just in case it visits Zimbabwe,” he said.

“An intense cyclone is almost like that of Cyclone Idai where wind speeds can go above 160km an hour. Right now it is expected to make landfall over Madagascar about 1 200 kilometres away from Zimbabwe.

“As the name Batsirai suggests, Zimbabwe is supposed to also offer help to our neighbouring countries including Madagascar. When Idai struck, other countries came in and assisted Zimbabwe in different ways. So this call is a call for help for us as a nation to come up and help other countries,” he said.

I’m in pain, I can’t eat sadza because doctors closed my...

Gogo found with decomposing corpse in bedroom…Man who was last seen...