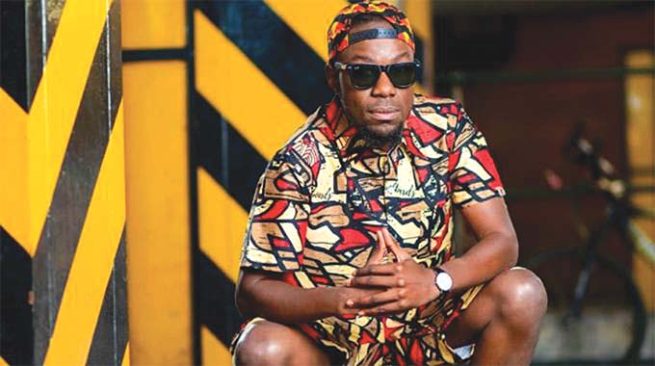 HE is a history maker!

From the dusty streets of Entumbane, when Mzoe 7 decided to focus full-time in music production, he believed one thing, everything is possible for a black child.

This is the only prayer that has kept him in the game, and to date he is a strong force to reckon with.

When he released his hyped single Asambeni in 2020, a beast was unleashed from his spirit.

Awards become attracted to his name, be it the PPC Zimbabwe Music Awards (Zima) or Roil Bulawayo Arts Awards (RoilBAA), the accolades are part of his toys.

After a year of blackout after the success of Asambeni, his setback made many to judge him as a “one-hit wonder”.

However, Mzoe 7 has proven his haters otherwise as he once again has verified his musical prowess and genius through his 2022 song Ginimbi.

The song is a life reflection of the late businessman Genius “Ginimbi” Kadungure’s free-spending life, a lifestyle earned him the title “Mbinga”.

What makes the song even more explosive is its video which was shot by Ras Quisity.

The cinematography has made Ginimbi international as it is enjoying massive rotation on DStv Multi Choice’s Channel O.

World-famed model Ben Chest is the main character on the video.

The Ruthless Ruth, KBM founder Ntando Ndlovu, Dagger Beatz and Lance Hebron are some of the faces featured on the visuals.

On Channel O, Ginimbi has appeared on Top Ten, Evolution of AmaPiano, Best of the Week and Channel O House, among other programmes.

“To me I think it’s all about consistency. My secret is to give a single that I release a moment, like six months to break through and see where it takes me. That also explains why I don’t have a full-length album.

“Ginimbi has taken me to a higher level. I know after Asambeni many thought it was the end of Mzoe 7, but I have tried to be consistent enough and maintain my territory in the game.

“I have become the first Zimbabwean artiste to enjoy such rotation on Channel O courtesy of Ginimbi. January was my month and now we are in February and the video is still making fireworks on the channel,” said Mzoe 7.

He believes working with various people has made the song even bigger.

“I worked with Ras on the visuals, Lance Hebron and Dagger Beatz worked on the instrumentals and Shekina solidified the union by his rhythmic lead guitar.

“If you take a look on the visuals, main scenes were shot at The Balcon, a new leisure establishment in Nketa 7.

Through that we were promoting domestic tourism hence proving working together is a key to success,” said Mzoe 7.

Meanwhile, Mr Gagagugu clinched a deal with a South African company called Double Faith Connect. They will be responsible for helping him submit his music in that country.