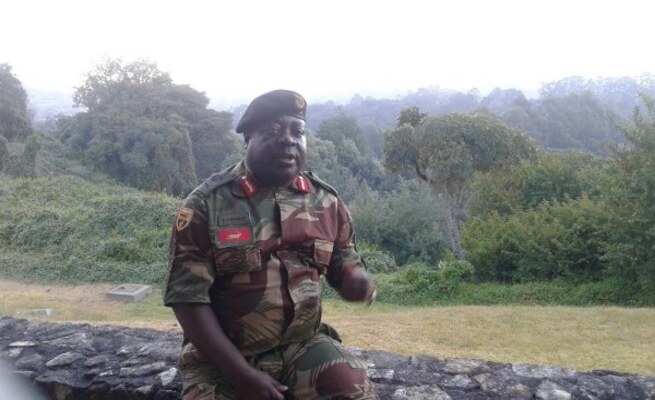 The battle to control Masvingo province between President Emmerson Mnangagwa and his deputy Rtd General Constantino Chiwenga continues to escalate taking dramatic turns after the former ordered removal of losers who had been smuggled into the Provincial Coordinating Committee (PCC) by the new executive.

The new executive chaired by Zaka North MP Robson Mavhenyengwa had replaced 38 members who won the December 28, 2021 elections with some losing candidates from their faction in a bid to strengthen their faction against the rivals aligned to former chairperson and resident Minister Ezra Chadzamira.

Lt. Gen (Rtd) Engelbert Rugeje had assured that there won’t be changes to the new executive when he addressed the last PCC meeting, a decision which was overturned by Mnangagwa barely a week later when he sent a delegation led by Herbert Chitepo School of Ideology principal director Munyaradzi Machacha to kick out the 38 members who were sneaked into the executive despite losing.

Speaking at the PCC meeting, Machacha said Masvingo had recorded the worst rigging antics out of the 10 provinces saying the President will send another team to investigate the alleged rigging.

“The President does not want to work with people who rig elections that is why he and the politburo have assigned us to address the irregularities. We have come to make sure that those who won are in the executive and those who lost must not be part of PCC.

“Another team will be coming down soon to deal with other outstanding issues. If that team comes and discover that you went into the bush and voted for yourself, then you can be fired from the executive. Masvingo is the worst in terms of rigging compared to the other provinces but everything will be corrected to make sure that the right people are in these positions,” Machacha said.

Chadzamira team won 77 posts while Mavhenyengwa’s side got 43. The recent reversal by Machacha left Mnangagwa firmly in control of the province through the Chadazamira team which now has the majority in the PCC.

The Chiwenga faction led by Mavhenyengwa allegedly smuggled in some of its losing candidates in an attempt to strengthen its control of the province.

Mavhenyengwa told TellZim News that the changes made by Machacha are likely to cause disunity in the province. Mavhenyengwa castigated the Machacha team saying the members who were kicked out of the PCC were the ones who won the elections.

“The members who were removed are the ones who were in fact elected by the people. I am confused by the decision and this might affect unity in the province. However, I have to follow the party’s decision and accept the changes made,” said Mavhenyengwa.

Sources within the party told TellZim News that out of the 38 members who had been replaced by losing candidates from the Mavhenyengwa faction, 28 have since been reinstated and 10 are yet to be included.

Energy Mutodi won with more than 300 votes against Bikita South MP Josiah Sithole with 281 votes but they went on to include Sithole ahead of Mutodi who they say had not completed his transfer from Mashonaland East and Mutodi is said to be eying Sithole’s seat in 2023.

Mukungunugwa won uncontested in Chivi North but Mathias Tongofa later appeared on the winners’ list with only four votes and Mukungunugwa with a zero – meaning only four people in the whole constituency managed to vote. Mukungunugwa is also said to be positioning himself for Chivi North seat in 2023 general elections.

Other losers who had been smuggled into the excecutive include Mavhenyengwa’s right handman John Chikomo who is tipped to take over the Zaka North seat from Mavhenyengwa. Chikomo had lost to a Chipato but he was given a post in the executive.

In Masvingo West Felix Gwara had been replaced by Todd Nyengerai despite garnering 352 votes against Gwara’s 88.

Chengeto Tichagwa won with 357 votes against Jairos Tandiwe but the latter found his way into the executive and now they are claiming that Tichagwa did not submit her CV and there is no record and this corresponds with what Machacha said on Masvingo having no records.

In Chivi Central, the incumbent legislator Ephraim Gwanongodza who is a close ally to Mavhenyengwa was walloped by Dr Tapiwa Murambi but was included in the executive after Murambi was accused to have ties to the opposition parties.