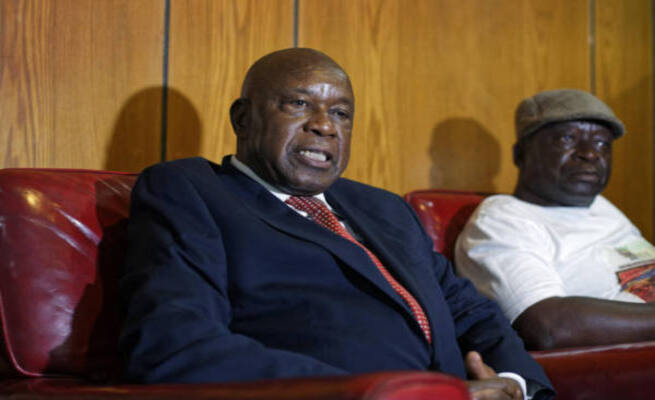 THE ruling Zanu PF party has said that government does not afford to pay teachers’ salaries in United States dollars, arguing economic development can only happen if the country is using its own currency.

Teachers have been on strike since schools opened on Monday last week, demanding a salary increase of up to US$540.

“Yes, the teachers have a reason, you also have a reason but if we all go to say because we are suffering therefore we cannot pay the price of sacrificing to make sure that our currency comes back, we will forego this country,” Zanu PF spokesperson Chris Mutsvangwa told journalists at a press conference Monday.

“We are the ones who created this teaching class which Africa envies. To try and say Zanu PF does not like teachers is a lie, a blue lie because we created the teaching profession to the scale where Africa fishes teachers in Zimbabwe,” he said.

“It was not done by the MDC, trade unions or British labour peers in London who want to say they want to help Zimbabwean trade unions. So, we know what pains our teachers, we know what is at issue and we are engaging with them. We are determined to find a way where the teaching profession gets the welfare it deserves. Nobody cares more about the education of Zimbabwean children than Zanu PF, it is our hallmark as a post independent ruling party.”