Police have threatened to shut down the Citizens Coalition for Change’s by-election campaign launch rally on Sunday, after laying down strict conditions including a bizarre demand that the party must not “bus in” supporters.

Police also demanded that the party should “observe and stick to Covid-19 regulations” which currently allow only up to 100 people at public gatherings. 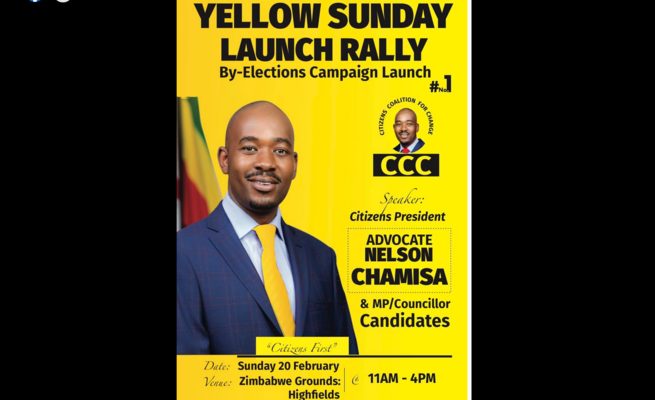 The CCC’s supporters must also not “toyi toyi”, drive in convoys and sing or say “hateful” things, police are demanding.

“Any deviation from the above will result in police dispersing your gathering,” police said in a letter to the party’s organising secretary, Amos Chibaya.

The rally is set for Zimbabwe Grounds in Highfield.

The CCC said the rules set by the police were an unconstitutional interference with its political rights, drawing comparisons with Zanu PF which launched its campaign in front of thousands of people in Epworth last week after dozens of buses ferried people to the event, some of them corralled.

“Do the restrictions imposed on the CCC applied to Zanu PF and its leader Emmerson Mnangagwa or some animals are more equal than others? There is one rule for them and another rule for us,” CCC spokesperson Fadzayi Mahere fumed.

“Section 68 of the constitution obliges the police to be substantively fair in all their administrative decision-making. These conditions are unconstitutional and violate our right to equality before the law.”

By-elections are being held in 28 vacant National Assembly seats and 119 municipal seats on March 26.

The CCC accused the Zanu PF government of abusing state institutions including the Zimbabwe Electoral Commission, police and the judiciary in a calculated campaign to inhibit it from organising.