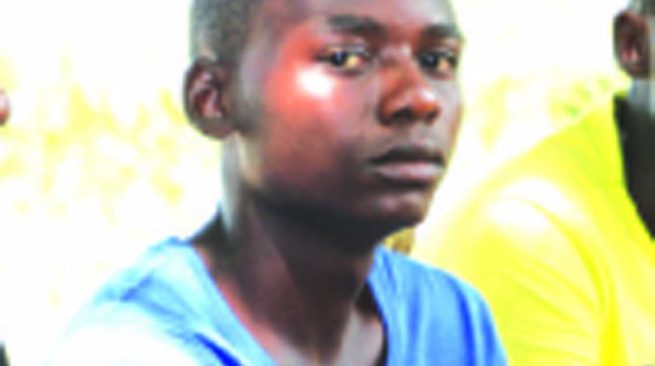 A Nyanga teenager was recently dragged before Acting Chief Saunyama’s court for dating a married woman, Ruth Manhimanzi, who is two years older than him.

For his sins, 19-year-old Peter Mutonhora of Dumba Village was fined a cow by the chief’s court.

However, Mutonhora will have three months of unpaid work at Mount Melleray Mission Hospital after pleading with the chief for a lesser sentence.

He argued that Manhimanzi had tricked him into believing that she was an unmarried virg!n.

“I am still young and do not have any cattle. I did not know that she is married. In fact l thought she was a virg!n,” he pleaded with the court.

But Manhimanzi said she revealed her marital status to the teenager.

“He wouldn’t let me go and insisted that we would cross the bridge when we get caught. We have now been caught, so this is the bridge we are crossing,” she said, leaving the court in stitches.

To prove his innocence, Mutonhora told the court that he would chat with Mandimanzi from 7pm to around midnight as he believed that she was single.

“She was always available when I wanted to talk to her over the phone. We would talk late at night. It is rare to find a married woman entertaining other men during those hours. Because of that, I believed that she was unattached and continued my relationship with her.

“Where was this alleged husband when I was talking to her at midnight?” asked the teenager.

Asked on whether he had not noticed that Ruth was heavily preg_nant, Mutonhora said he never saw the preg_nancy.

“She looks like a ‘Sweet 16’ to me up to this day. I was shocked when her husband told me that she is expecting their second child. I wanted to marry her,” said the teen.

Manhimanzi’s husband only identified as Raphael (28) said he discovered lurid text messages between the two lovebirds in his wife’s cellphone.

Upon setting a trap for them, he caught them in each other’s arms.

Raphael claimed that his wife’s cheating was first revealed to him in a dream.

“I told her about my dream and she dismissed it as hogwash. I told her that if indeed it was true, I would catch her in no time,” he narrated.

Two days later, the net had closed in on the lovebirds.

He said he realised that his wife was always chatting with someone on her phone long after he would have retired to bed.

“I took her phone and discovered her affair with Mutonhora. I started texting Mutonhora using her phone and he would respond. I saw a message where they were planning to meet in the bushes. I followed them and caught them in each other’s arms,” he said.

Raphael insisted that during their affair, the two had not been intimate, hence his decision to forgive his wife.

Raphael has a pending assault case at Nyanga Magistrates’ Court after he assaulted Mutonhora.