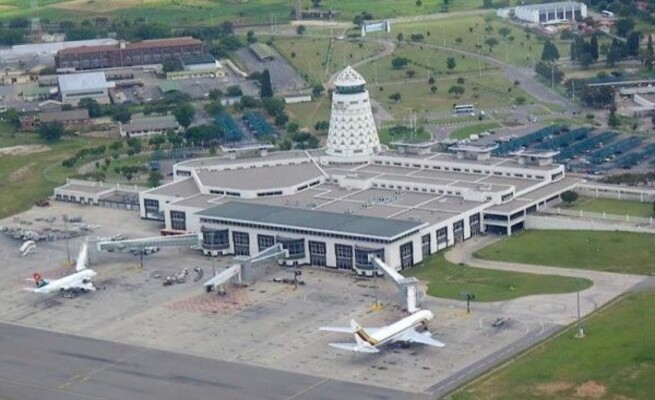 A former United States soldier was arrested at the Robert Gabriel Mugabe International Airport after he was found with an unregistered gun loaded with 15 rounds of ammunition while intending to travel to Victoria Falls.AIRPORT

Ronald Leon Johnson (56) appeared at the Harare Magistrates Court charged with boarding an airplane with a firearm without authority, and unlawful possession of a firearm.

He was not asked to plead to the charges and was remanded in custody to today for bail application.

It is the State’s case that on February 5, Johnson, a former soldier in the United States Army, was issued with a 30-day holiday visa.

On February 15, Johnson checked at the Robert Gabriel Mugabe International Airport intending to board a fastjet aircraft to travel to Victoria Falls.

It is said that Johnson had not applied for authority to carry a firearm on board 24 hours prior to his travel, as required by the Civil Aviation (Security) Regulations.

The court heard that Patricia Mbodza, a Civil Aviation Authority of Zimbabwe official and Blessing Moyo, a police officer, conducted a physical inspection on Johnson leading to the recovery of a 9mm rubberised Glock17gen pistol loaded with 15 rounds of ammunition.

Johnson was then arrested and taken to court charged with boarding an airline with a firearm without authority and unlawful passion of a firearm and ammunition.