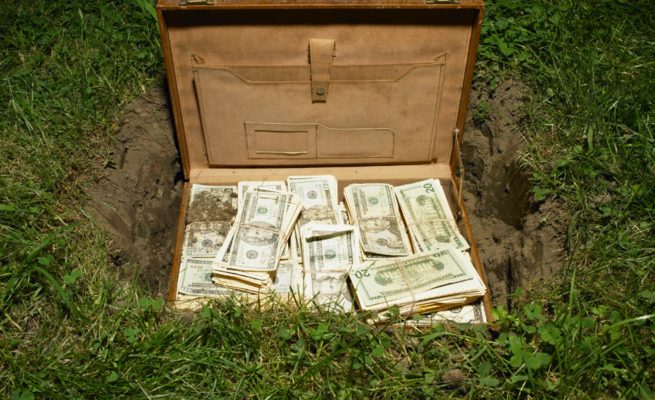 MTHETHO Makhathini has been dreaming of imali yezipoki (ghost money) in his yard.

For this reason, he’s been hard at work for the past few months digging and searching for it. But, his search has caused a rift with his neighbours in Tsakane, Ekurhuleni, as the 5m hole in his yard is so big it’s now affecting their houses. One neighbour’s wall has even cracked.

But Mthetho said he was close to finding his treasure.

“I know my neighbour’s yard won’t be affected.”

He started digging after his late mother, MaDlamini, told him years ago that treasure was hidden there.

“We started digging while my mother was still alive, but stopped,” he said without explaining why.

He then started again in October after his mum came to him in a dream, telling him to continue.

“My neighbour is harassing me and he’s going to pay. I have the right to do whatever I want. I’m close to the treasure and nobody is going to get in my way,” he said.

Neighbour Lebogang Ntiwane (41) said the digging had penetrated his house.

“I spent a lot of money to build this house and my neighbour may not compensate me when it collapses. I tried to talk to the Ekurhuleni Metro Police Department and City of Ekurhuleni local offices, with no luck.”

Municipality spokesman Zweli Dlamini said the matter would be investigated.

“However, it looks like he has infringed on the property of the neighbour – an offence according to by-laws.”

SAD NEWS: Cyclist dies on spot after colliding head-on with another...