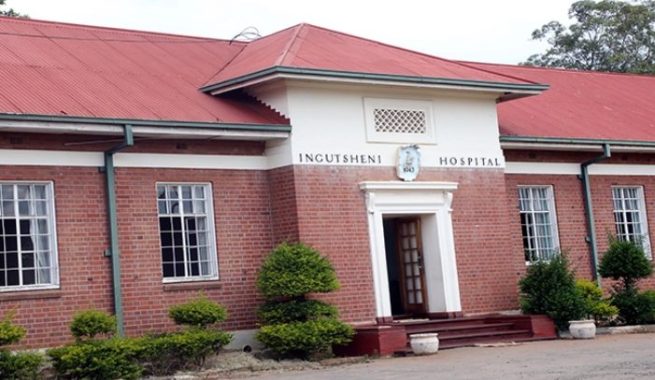 HE first set his foot at Ingutsheni Central Hospital on July 13, 1952, after his employees at St Francis Home in Famona suburb complained that he had been displaying aggressive behaviour.

The workers only knew him as a farmer who stayed nearby, selling vegetables on a daily basis. On getting to Ingutsheni, he was diagnosed with psychotic disorder and was admitted into one of the wards.

As days went by, they realised that the man could only communicate in Sena, a Bantu language spoken in Mozambique and that he did not know his name or age.

Nurses at first would use the name “Unknown” on his medical files until they named him Mujezi . To this date, Mujezi has been admitted to the mental institution, and is the patient who has stayed there longest.

This year will be will his 70th year as a patient. His age is not known. The saddest part about his story is that in all these years, he has never been visited by anyone and authorities have failed to locate his family or relatives.

He is part of about 650 Ingutsheni inmates who go for years without support, visits and communication from family due to stigma.

Renowned psychiatrist and Ingutsheni clinical director Dr Wellington Ranga said there are many other patients who have spent over 30 years at the institution without any communication from their families.

He said the institution can only nurse and care for the mental patients although a majority should not be admitted as they are mentally fit to be living with their families.

Dr Ranga said relatives dump their mentally ill and are not willing to bury them when they die, forcing the hospital to conduct paupers’ burials.

“When it comes to stigma around mental health issues, I do not think we will ever get to a stage where we say it’s over based on our home setup nowadays.

Long ago people had higher chances of surviving mental illnesses because we had extended family and no one was ever cast out as long as they had a family, community or even a village they came from,” said Dr Ranga.

He said people had become so individualistic that they do not care about the next person, especially if they develop a mental illness.

“Some people have been re-admitted five times as they fail to connect with families who often neglect them after they are discharged and they would rather live here and await their death under the care of our healthcare workers.

We have noted with concern that it’s not only Mujezi who has been here without a trace of family, but a lot more have reached old age while awaiting visits from family who should take them in if we were living in a normal world.

“Humans are social beings and those with mental illnesses need social support and once trusted families and relatives fail to offer that, then this institution becomes a safe place as they may easily relapse if taken to environments where there is no love and tolerance,” Dr Ranga said.

He said although Mujezi understands what nurses say, he cannot communicate. “We wonder where his family is as none of us was working here when he was admitted.

We know that he didn’t have a name and nurses named him Mujezi, but nothing is known about his origin or family and sadly he too doesn’t know anything.

“We have tried communicating, but old age makes it difficult for everyone, the least we can do is keep him happy and cared for and hope for his long life,” said Dr Ranga.

“He is too old now and I doubt he even remembers anything about his family since he speaks Sena. Despite old age he remains well and only suffers from swelling of testi_cles which we treat by draining fluids once every fortnight as he is too old to undergo surgery.”

He said there are a number of patients who were admitted to the hospital before Independence who could have been discharged long back if they had loving and supportive families.

He said stigma is also rife when they die as some openly tell officials at Ingutsheni that they are not willing to spend money burying mental patients.

“We once had an incident recently where a man had been here for more than 20 years with no communication nor visit from the family until he died. We tried reaching out while his body was at the United Bulawayo Hospitals mortuary,” he said.

“After six months we had to authorise a pauper’s burial like we do to many others whose families fail to come to claim them even after they die. However, after a while, we got a visit from a big family with elderly men saying they had come to claim the body.”

Dr Ranga said the family of the deceased said a traditional healer had instructed them to collect the body for them to have peace and prosperity in the family.

“Honestly, I didn’t want to entertain their story knowing for all those years they had neglected their relative because he was a mental patient.

We eventually authorised that they exhume his remains and take them back home as they claimed his soul was ‘tormenting’ them,” he said. Males account for 60 percent of inmates at Ingutsheni.

“We also have inmates who are brought here after abusing drugs and they end up staying here for a longer period as they cannot fit in modern families.

These days children go to school, then college and then start working and if one cannot fit into that order, they can easily find themselves admitted here for this or that mental illness,” he said.

“A majority of our patients are males maybe because they bear most of the burdens and many fail to cope given the prevailing economic challenges which are stressful even to employed members of the public.”

Dr Ranga added that public institutions live off Government funds and sometimes face challenges in providing for all needs.

“We try to provide basics, but I am not saying we do not help. People are free to help us in every possible way so that we keep our inmates happier and healthier, because they too deserve to lead normal lives like all of us,” he added.