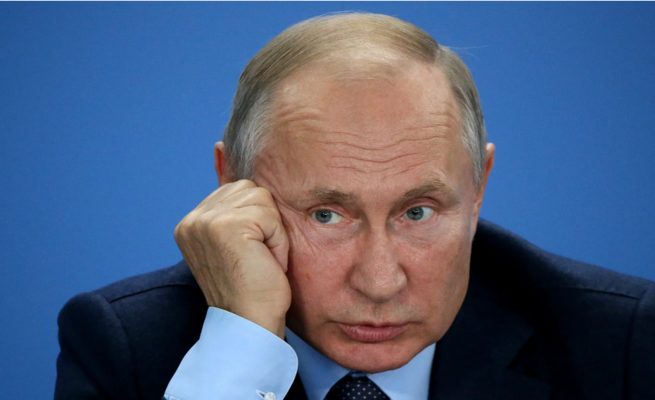 A Russian businessman has placed a $1m bounty on Vladimir Putin’s head and urged the country’s military officers to bring the president to justice.

Entrepreneur Alex Konanykhin made the promise in a post on social media site LinkedIn and called it his “moral duty” to take action and help Ukraine following the unprovoked attack.

“I promise to pay $1,000,000 to the officer(s) who, complying with their constitutional duty, arrest(s) Putin as a war criminal under Russian and international laws,” wrote Mr Konanykhin.

“Putin is not the Russian president as he came to power as the result of a special operation of blowing up apartment buildings in Russia, then violated the Constitution by eliminating free elections and murdering his opponents.”

His post included a photo of Mr Putin, with the caption, “Wanted: Dead or alive. Vladimir Putin for mass murder.”

And he added: “As an ethnic Russian and a Russia citizen, I see it as my moral duty to facilitate the denazification of Russia. I will continue my assistance to Ukraine in its heroic efforts to withstand the onslaught of Putin’s Orda.”

The word “Orda” is Russian for “horde.”

Mr Konanykhin has a complicated history with the Russian government, and in 1996 was arrested while living in the US after Russian authorities claimed he had embezzled $8m from the Russian Exchange Bank.