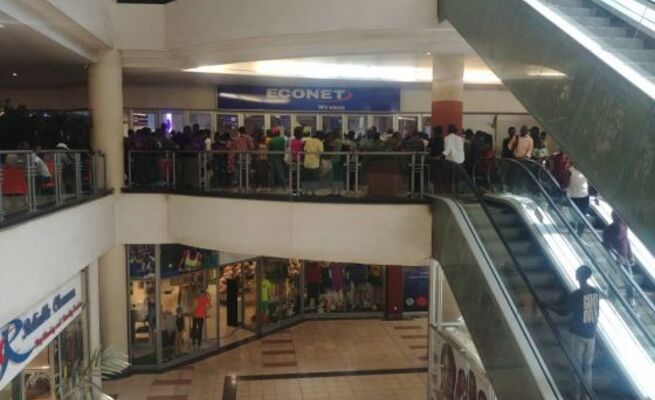 The court heard that Tatenda Simende, who worked as a sales consultant stationed at Econet Joina City office, processed receipt number INCTS300000000009284-5 with a face value of ZW$1 000 000 which was transferred by SpellBound Electronics as his dealer payment to Econet on June 25 last year.

On July 8, 2021 the accused used the same proof of payment with transaction reference number CABS2406 and attached it to his day-end report indicating that it was payment for receipt number INCTS300000000009821-2 under Econet cash account when in actual fact he should have attached a swipe machine receipt or could have surrendered cash for the transaction.

On July 30, 2021 Simende also used the same proof of payment made to generate another receipt which he allegedly fraudulently used to buy physical recharge cards valued at ZW$2 999 715.

In January 2022 the company carried out a bank reconciliation exercise during which the offence was discovered. A police report was then made leading to his arrest.

LATEST: Mukuru in big trouble for employing Zimbabweans and Malawians in South Africa

Man gets 20 years in jail after bashing a ‘thief’ to death at car...

My wife is failing to take good care of our child: Drama as broke...

News Nelson Bhebhe - 13 April 2022 0
A HARARE man has been claiming $83 200 child support from his wife even though they live under the same roof. This came to light...

News Muza Mpofu - 13 April 2022 0
RAPPER Desmond “Stunner” Chideme appeared in court yesterday after he allegedly bashed his wife in a row over a cellphone. Chideme (41) was not asked...

He took his life thinking he had killed her: Man hangs self after ‘panel-beating’...

News Edmore Huni - 12 April 2022 0
A 33-YEAR-OLD Shurugwi man allegedly hanged himself from a tree after assaulting his girlfriend until she fell unconscious following infidelity claims. It is suspected Tichaona...

LATEST: Stunner arrested after he exercised his kung-fu skills on wife Dyonne Tafirenyika at...

News Nelson Bhebhe - 12 April 2022 0
MUSICIAN Stunner, born Desmond Chideme, has appeared at the Harare Magistrates Court for allegedly assaulting his wife Dyonne Tafirenyika at the height of a...

JUST IN: Woman dies in CBD

News Muza Mpofu - 12 April 2022 0
AN unidentified woman collapsed and died in Bulawayo’s city centre on Tuesday. The incident occurred at 9AM along 8th Avenue and Herbert Chitepo Street near...

Videos & Pics Cynthia Goba - 12 April 2022 0
Two people were seriously injured recently after a buffalo attacked their homestead in Mbire as cases of human-wildlife conflict keep increasing in the Dande...