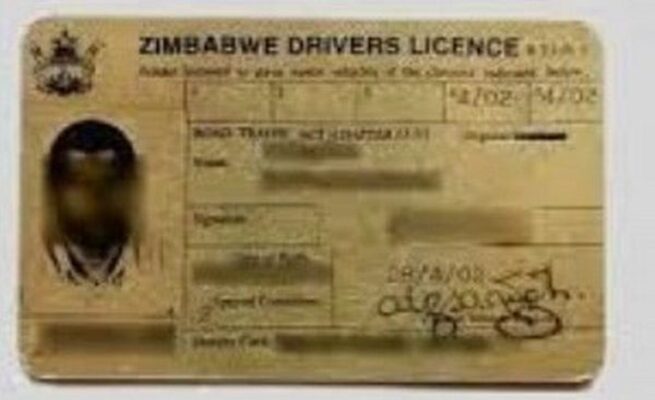 The current metal driver’s licences will soon be replaced with a new plastic disc from June this year as Government through the Central Vehicle Registry moves Zimbabwe into line with the Common Market for Eastern and Southern Africa (COMESA), East African Community (EAC) and SADC.

In the region, South Africa and some other countries already use the plastic licences also known as plastic polymer licences.

Currently, those who pass their Zimbabwe driving tests at the Vehicle Inspection Department depots countrywide, are immediately issued with a temporary paper licences before obtaining the metal licence a few months later.

One of the advantages of the new plastic licences is that they will be printed instantly and have security features that will make them difficult to forge, as well being scanable so checks immediately confirm authenticity and reveal any legal issues.

In a statement yesterday, Transport and Infrastructural Development Minister Felix Mhona explained the need for the changeover.

“The proposed new disc is compliant with the COMESA, EAC and SADC Tripartite region. We urge our valued citizens to bear with us in our transition from the old to the new SADC compliant driver’s license disc. This process is expected to be completed by end of June 2022,” he said.

Some of the advantages of the plastic disc is that the authenticity of it can be easily verified by scanning the disc through a centralised VID database and that it will also have adequate security features that will make it difficult to forge.

This latest development comes after early this month, Government warned VID examiners who were reportedly conniving with driving school officials to demand bribes from the public seeking learner’s and driver’s licences.

The warning came after complaints from the public that to get a driver’s licence must pay bribes to the VID officials through instructors from driving schools.

Transport and Infrastructural Development Minister Felix Mhona recently met officers from the VID, Traffic Safety Council of Zimbabwe and officials from the driving schools where he read the riot act.

Minister Mhona said all those found receiving bribes will be discharged from their duties while driving schools will be deregistered.

“We have been receiving reports that VID and driving schools are the centres of corruption. For one to get a driver’s license he or she must pay a bribe of amounts ranging between US$100 and US$150. In this Second Republic, this must stop as we do not tolerate any form of corruption.”

Adequate measures had been put in place to curb this scourge and CCTV will soon be installed at VID depots as one of the measures.

“There is no way we can continue to be reported as being one of the most corrupt entities and I will not hesitate to recall officers found wanting. As for driving schools, we will deregister or cancel their operating licences,” Minister Mhona said.

They are about 700 driving schools countrywide and Harare has a total of 250.