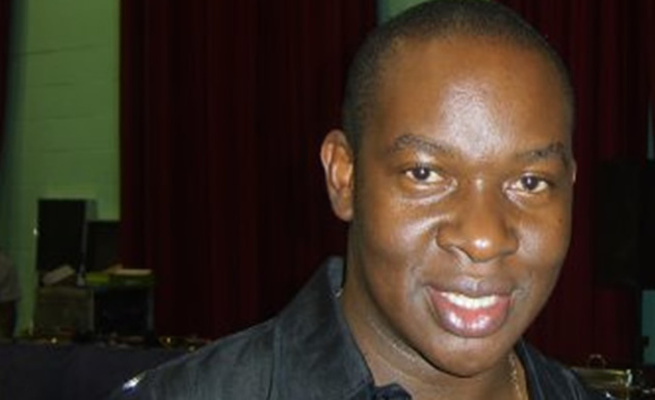 At the height of his fame in South Africa, Tichafa Matambanadzo had a garage teeming with 25 sleek, top of the range vehicles while he also had at least nine properties dotted around Mzansi.

This was in the 1990s, when a recently freed South Africa was waking to a world of possibilities, a world where the shackles of apartheid could no longer bind the hopes of young go-getters.

A new breed of entertainers and entrepreneurs – young, gifted and black – was on the rise and the man known as Tich Mataz was one of this tribe’s more recognisable faces and its most eloquent voices. But it would all end in tears.

“When I first left Zimbabwe, I was getting paid maybe Z$2,000 and when I went to South Africa my first pay was R15,000,” Mataz said in a recent interview with Boyz Dze Tonaz TV’s YouTube channel.

“Remember I was a businessman as well. I had a communications company, Khulumani Communications, which handled a lot of corporate communications there, I had an investment company, I had a nightclub, I was doing some big deals at government level, I was buying some fancy cars. At one time, and it was stupid of me, I had like 25 brand new cars,” he said.

The story of Mataz’s rise and fall in South Africa is part of urban lore in both countries. Media personalities both side of the Limpopo have spoken about how Mataz had an undeniable influence on their careers.

Having joined the urban and hip hop Radio 3 in 1988 in a newly independent Zimbabwe and Radio BOP in 1991, Mataz occupies a unique position in the media history of both countries.

He is the one media personality that urban youth, who were only starting to find their true place in their changing countries, can identify with. While the story of Mataz’s fall is told often enough, little is spoken of how he ended up in Mzansi in the first place.

Mataz recalls: “So, what happened was that one my friends used to do piece jobs in Botswana. So he went to a party, and people really used to do this, and stuck a cassette in the radio. He took my tape to a party and there was an influential person at that time. He was the head of Radio Bophuthatswana (BOP)… So, some guy said ‘I heard some nigga doing some crazy things on radio, what’s his name?’ And then they realised it’s Tich Mataz who was on Radio 3 at the time.

“I couldn’t believe it. He offered me a gig right there and then. He said ‘listen, come through we will pay for everything. We will fly you to South Africa and we will fly you to Bophuthatswana (now North West province).’ At the time Radio BOP was the Radio 3 of South Africa.”

At the dawn of democracy, Mataz was roped in to replace one of South African radio’s most iconic voices, Bob Mabhena. The boy from Highfields in Harare took to Mzansi like a fish to water and radio in that country would never be the same again.

“Metro FM was there and it was under SABC and there were specific things that you couldn’t do. You could express yourself on Radio BOP because it wasn’t under a government institution perse,” says Mataz.

At the time the big bosses were Bob Mabhena and Zandile Nzalo. These were the big radio names in South Africa. Mabhena had just left the drive show on BOP and gone to Metro FM and they needed a top, hot voice to cover that gap.

“I was a resident in the then Bophuthatswana which was then like an independent state because of apartheid. So, everyone who was then in the independent homeland states, as they called, at independence became South African,” says Mataz.

“It’s now called the North West Province. One of the things that I’m grateful for is that I’m able to learn quick. I went to South Africa, learnt a language, the culture and literally became a part of the South African society.”

Before long, his stock would rise and his bank account would also soon be bulging.

He recalls: “I was the first guy to have a kicking nightclub, Rosebank, when South Africa was crossing over from being an apartheid state to an independent state… I used to do some serious private parties with the likes of Miss South Africa, beautiful women. Before long there was a Learjet available, we used to visit three states in one weekend. We would go to Johannesburg, Windhoek and maybe Harare.

Despite all his success, despite his fast rise to an icon in a newly independent South Africa, it would all end in tears for Mataz, with his business empire seemingly crumbling at the stroke of a pen.

Mataz was deported on March 24, 1998, after Home Affairs officials discovered that he had fraudulently acquired a South African identity document and had no valid working permit.

His deportation at the time seemed opportunistic, with some attributing it to the xenophobic bug which had taken hold of South Africa even in the 1990s, although then Home Affairs spokesman Manase Makwela said interest in Mataz’s citizenship only arose when Mataz wanted the department to issue him with a passport to travel to Burkina Faso to represent the SABC at the Africa Cup of Nations.

Makwela said during their investigation, they discovered that Mataz had apparently been issued with a work permit on March 31, 1994, which was valid only until March 31, 1995, to work at BOP Broadcasting in Bophuthatswana.

“I was a millionaire at 25-years-old,” Mataz said in response to those allegations. “I was living in South Africa and at the time I went everywhere. I went to Jamaica just to see where Bob Marley had been born, I went to his shrine, his museum because I had the money. I went to see Michael Jackson do his last official concert; the History Tour in Prague I was there. Before I met Michael Jackson in Zimbabwe, I met him there.

“So, I was really privileged to do some crazy things when I was young. So, if a guy is doing well, making money, why on earth would I try to turn my legal status into an illegal one? But sometimes it’s not up to you, is it?”

However, Mataz acknowledged that he perhaps he should have done things differently at the time. Blinded by the bright lights and flashing cameras, he lost sight of the fact that, in a country where strong xenophobic sentiment is never far away, he was still a foreigner.

He adds: “When you grow up you understand perspective. You begin to see things from an eagle’s viewpoint. If some guy from Malawi comes into this country and takes over the marketplace, becomes the hottest guy on TV, the very nature of the Zimbabwean or any other human being would be to ask ‘who exactly is this guy? Isn’t there someone else who can do what he does?’

“I ruffled a lot of feathers and even though I had favour in some of the highest offices the one thing I should have known is that when a king leaves his country for another, he does not remain king even there. When I got there, I was blinded by all the excitement, money was flowing. I was not able to read what was happening within my surroundings.

“So, while I was excited, I was happy and I was doing well, others were not. I could have done things very differently. I could have and I should have.”

With his deportation, Mataz’s South African business empire fell to ruins. Over two decades later, he believes he should have invested at home more just in case of a rainy day which, in the end, did arrive.

“It was silly and I see it now that I’m older… when you’re young you think the money will never be finished. I had a his and hers safe. My wife had her own safe and I had a jewellery designer. I had three personal houses and for investment I had another five or six. So, I had nine or ten houses in total,” he remembers.

“…I could have interacted very differently with some of the people that I felt were family and friends. My son is South African, he was born there and at the time there were a lot more reasons why I should have continued in South Africa than being booted out.

“It was also a very important life lesson which has reformed and reconstituted the way that I interact and do business. All I can say is watch this space.”