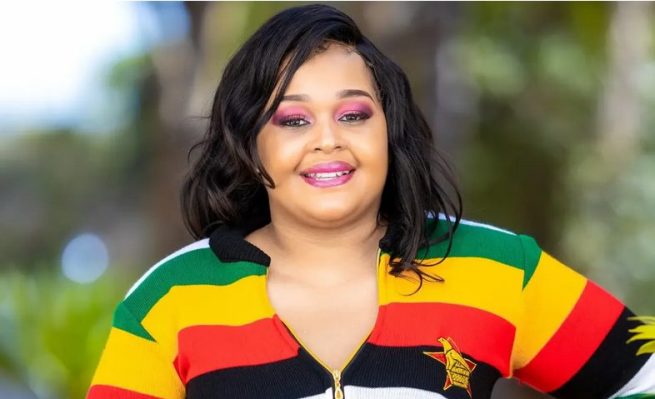 She says she has already found another lover.

She caught the attention of social media followers when she reportedly snatched Mhofu from his lover and posted their romantic pictures on public platforms.

A month after she announced her affair with Mhofu, it turns out that the relationship has collapsed.

She, however, claimed she has since moved on after finding a new lover, early this week.

In an interview with H-Metro, she said she would not lose sleep over the affair.

“The world can paint you with the darkest colour but be true to yourself and live your life.

“They only follow up on your lifestyle because they care, hence the interest in what’s next.

“Why would I spend my time crying while he is enjoying his life, we always move on like WiFi,” said Lee Ann.

She claimed she was now dating a lover based in the Diaspora.

“It’s not by choice, it’s who I am and Mhofu thought he destroyed my heart into pieces but I had genuine love for him.

“All he wanted was a passport, and I got him one, the next thing he left.

“I fell victim, obviously, to somebody who had his own ulterior motives but I genuinely loved him.

“My choice of moving on was not based on the public saying, we told you so, he is going back to his baby mama,” she told H-Metro.

Added Lee Ann: “I am not the first, I am not gonna be the last person to be broken-hearted so I would actually want to encourage those, who have given up in love, especially going through the phases of heart breaks.

“Love exists but in you as a person, it all begins with you, so if your heart contains so much love why hold on to that? Give it away.

“Fine, we don’t predict the future, nobody has lived in the future, so if it lasts for a day, share it, give that love away.”

“If it lasts a month, or surpasses a month, then it’s a plus, so such is life, do keep your head down, get up back on your feet.

“Go to the next phase of experiencing that love because love is kind, patient.

“So, don’t hold it back, don’t bottle it up, wipe your tears, move on,” she told