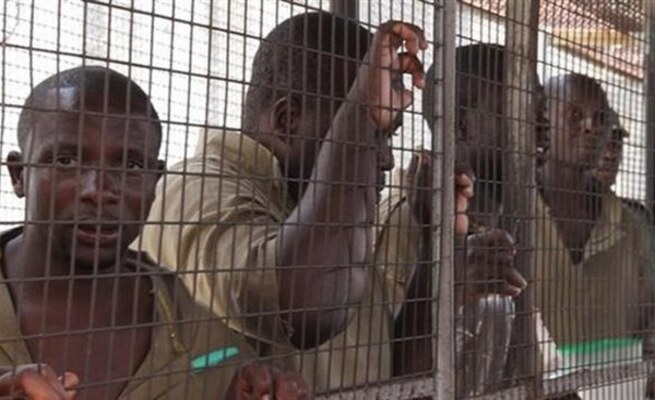 TWO Bulawayo City Council (BCC) municipal police officers were sentenced to three years each for extorting US$2 and $200 in local currency from three illegal vendors in exchange for the release of their confiscated wares.

Musolina Moyo (49) and Sipho Ndlovu (47) both employed by BCC were convicted of three counts of criminal abuse of duty as public officers in violation of section 174 (1) (e) of the Criminal Law (Codification and Reform) Act by Bulawayo provincial magistrate Mr Tawengwa Sangster.

Moyo and Ndlovu will each serve an effective 26 months in jail after 10 months were suspended for five years on condition that they do not within that period commit a similar offence.

“The two accused are employed as security officers for the Bulawayo City Council seized with serving residents of the city. Their duties involved making sure that they arrest people vending on undesignated places and confiscating their wares, but contrary to their duties they extorted money from the vendor,” said Mr Sangster.

Prosecuting, Ms Concilia Ncube said on August 20 last year at around 7.50am, Moyo and Ndlovu were on duty patrolling at corner George Silundika Street and 5th Avenue in the city centre when they confronted one Eliah Mandichamire, a vendor operating at an undesignated area.

They arrested Mandichamire before demanding US$2 from him in exchange for his release and pocketed the money.

The court heard that an hour later, the two municipal police officers approached Nicholas Zinyengere and arrested him for a similar offence before confiscating his wares.

They demanded $100 before releasing his wares.

“On the same day at around 9am, the two accused approached Tawanda Shonhe, a vendor who was selling in an undesignated area. They demanded a kickback of $100 from Sithole so that he could continue illegally selling his wares,” said Ms Ncube.

A report was made to the police leading to the arrest of the two men and recovery of R390, US$28 and $885 local currency from Ndlovu while Moyo had R12.

The court established that the two were in the habit of demanding bribes from several illegal vendors on a daily basis.

Consideration for municipal courts and arresting powers for municipal police have been put on the legislative agenda of Parliament after a lot of lobbying from local authorities.

According to the latest council minutes, councillors said illegal vending was now rampant and out of control with council now contemplating enlisting the services of both the police and army to rid the city of illegal vendors especially in the city centre.

A member of the Health, Housing and Education Committee and Ward Five Councillor Felix Mhaka said police and the army must be engaged in order to bring sanity to the streets of Bulawayo.

Councillor Sikhululekile Moyo concurred saying illegal vendors had become a danger to themselves and the motoring public hence the urgent need to engage the association of vendors to find a solution.

BCC Chamber Secretary Mrs Sikhangele Zhou said there was an urgent need to enforce the law in order to restore order in the city.