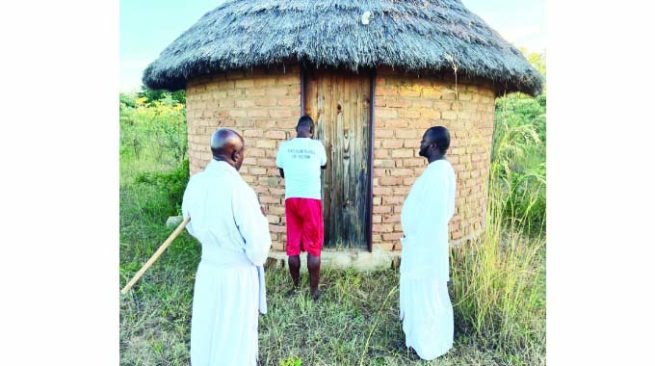 A COFFIN is the last resting place for the deceased before they are buried but for a Masvingo family it became somewhat a symbol of witchcraft.

Justice Mulamu came to Bulawayo to consult a local prophet after years of being tormented by “evil” spirits only to be told that his own family was the source of his problems.

Mulamu of Zimuto area in Masvingo Province got the shock of his life when he was told that his father took to his grave a secret that had affected his life for over three decades.

For years, Mulamu’s father kept a coffin in one of his huts in his homestead, which in turn caused untold suffering to his own children.

The coffin was empty but buried in a hut. Tormented by being jobless his whole life, Mulamu took matters into his own hands and consulted Prophet Emmanuel Mutumwa for healing and deliverance.

“I had no idea that my own father kept such a secret for years, which affected his own children for years.

“None of my brothers is employed but whenever we asked our father why our lives were so hard, he would say he had no idea,” Mulamu told B-Metro. He said Prophet Mutumwa then asked him to open a hut in his late father’s homestead.

“Why would someone keep a coffin in his hut for so many years? It all started when I decided to ask for help from Prophet Mutumwa because I have not been employed all my life and he told me that my problems were much bigger than I thought,” he says.

The Man of God advised Mulamu that his problems emanated from his own father’s homestead. The trip to Masvingo was then arranged for last Monday.

“The coffin was dug from a shallow grave in my father’s hut and it’s been the source of our problems for all these years. But why does a father do this to his own children?” he asked. But how much do Zimbabweans believe in witchcraft?

“People practise black magic and as a prophet I always advise affected individuals to seek help.

“The Masvingo case is not an isolated case as such misfortunes affect people all the time. What is important is to get help and take care of the problems with a spiritual leader,” said Mutumwa.