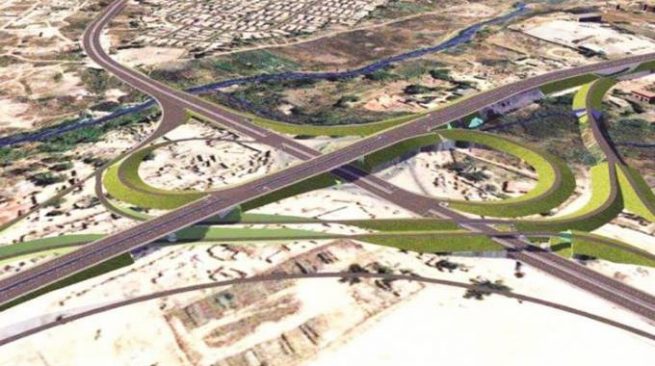 The designer of the Mbudzi Traffic Interchange in Harare, DNMZ, has dismissed social media claims by discredited activist Hopewell Chin’ono that the ongoing project will cost US$42 million saying although they do not reveal project information to third parties without approval of the client, professional costing has pegged the project at US$88 million.

In a statement yesterday, the company also clarified the scope of their involvement on the complex mega project.

“DNMZ are engaged to do the design of the civil and structural aspects of the interchange. However, we are not the project managers of the same,” read the statement.

DNMZ said the company was not involved in some aspects of the project, which included the relocation of services costs, professional fees of the other consultants, electrical engineers, quantity surveyors, mechanical engineers, and EIA specialists amongst others as well as the cost of enabling works such as detours and traffic accommodation.

The company also stated that it was not involved in the compensation of property owners, relocation of people affected by the works, complexities associated with working on live site and payment of royalties for extraction of gravel and aggregates.

“As DNMZ, we have full confidence in the professional team working on the project and assure the nation of Zimbabwe that a world class product has been designed and is being constructed,” said the statement.

Chin’ono who is famous for spreading falsehoods against the country has of late gone into overdrive, spreading unfounded claims that the complex traffic interchange’s cost was US$42 million instead of the announced and professionally computed US$88 million.

However, this has since been clarified by a statement that was released by the Transport and Infrastructural Development Ministry.

“The winning design consultancy firm has both South African and Zimbabwean registered engineers as per the laws governing engineering practice.

“As standard practice, on completion of design, the engineers provided the estimate of construction cost US$65 million for the Interchange only and the Engineers stand by that figure.”

The Transport and Infrastructural Development Ministry also did a breakdown of other costs.

“The total cost of the Interchange includes diversion roads from Stoneridge, Hopley, Forbes and Malvern in Waterfalls back to Beatrice road which are currently under construction.

“This includes the missing link of Harare Drive from Masotsha Ndlovu into Houghton Park traffic circle and the bridge across Mukuvisi which brings the total cost of the Interchange to US$88 million exclusive VAT charges,” noted the statement.

Work, however, is currently moving smoothly at Mbudzi traffic circle following the completion of reinforced concrete and steel structures that will hold pillars for the Glen Norah bridge housing a slip lane heading into the Harare-Masvingo Highway.

The complex flyover is a major civil engineering work that the completed reinforced concrete and steel structure is very essential and can cope easily with the continual vibration of thousands of heavy vehicles a day.

“Government is doing a splendid job on the Mbudzi roundabout. Our wish is that the contractors keep up with their pace. As of last month there was nothing, but now it is for all to see,” said Mr Trynos Chakwanda.

However, illegal pirating taxis commonly known as Mushikashika continue to make life difficult for the contractors as they were operating in their vicinity. Mrs Edna Murenda said law enforcement agents should assist curb the rogue mushikashika elements that are disturbing the smoothness of heavy equipment on site.

“The Glen Norah bridge is now very busy considering the flow of the caterpillars and tippers moving up and down. Law enforcement agents should reign supreme to curb the mushikashika guys, worsening the situation,” she said.

In recent years, the roundabout has seen traffic jams especially during morning and evening peak hours that see much of this traffic having to go two thirds of the way around the roundabout, basically blocking those on other roads from even accessing the roundabout.