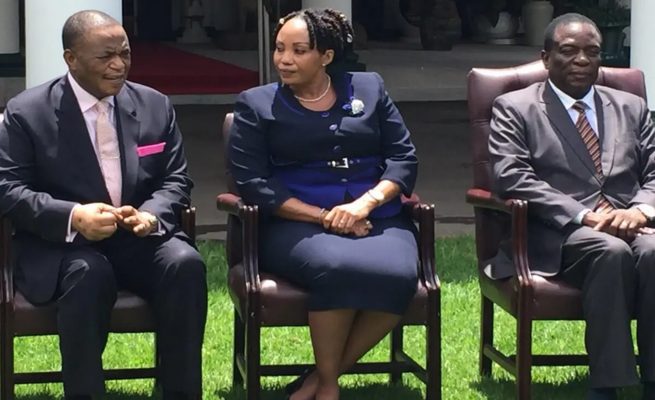 THE Zimbabwe Electoral Commission (ZEC) has dismissed claims by some political parties and activists that it is plotting to rig the forthcoming by-elections.

In a statement, ZEC chief elections officer Mr Utoile Silaigwana dismissed the claims, saying the electoral body will ensure that there is no room for rigging as there are measures instituted over time in response to previous similar allegations.

“The Commission does not rig elections as alleged and there is no room for that owing to measures instituted over time in response to previous similar allegations. ZEC urges all stakeholders to conduct themselves responsibly and to let the Commission conduct its constitutional function without interference in line with Section 235 (3) thereof,” he said.

Addressing party supporters in Gweru on Sunday, Citizens Coalition for Change (CCC) leader Mr Nelson Chamisa alleged that his party has infiltrated the ZEC and informants are giving him daily briefings which will help thwart election rigging.

Mr Silaigwana said politicians ought to canvas for votes through espousing policies that attract support for their organisations instead of undermining institutions set up to administer processes.

“All parties are therefore urged to consider the implications of all they do or say to the stability of the political environment. The Commission has always and will always perform its mandate guided by the legal framework of the country and international best practice,” he said.

Article 14 (d) of the Code of Conduct obliges every political party and every candidate to cooperate with other parties to avoid the risk of electoral conflict and with election authorities to protect and enhance their role to supervise and administer elections.

“The Commission is concerned about certain statements attributed by the media to some stakeholders during campaign period, which are retrogressive and go against the spirit of the Code. Article 2(2) of the Code provides that all political parties and all candidates as well as their members and supporters and all stakeholders to who it applies commit themselves in good faith to the principles spelt out therein and to promote them,” said Mr Silaigwana.

He said some newspaper headlines are both distasteful and an affront to every objective of the Code as they undermine the mandate of the Commission and dampen the electorate’s zeal to participate in the country’s electoral activities.