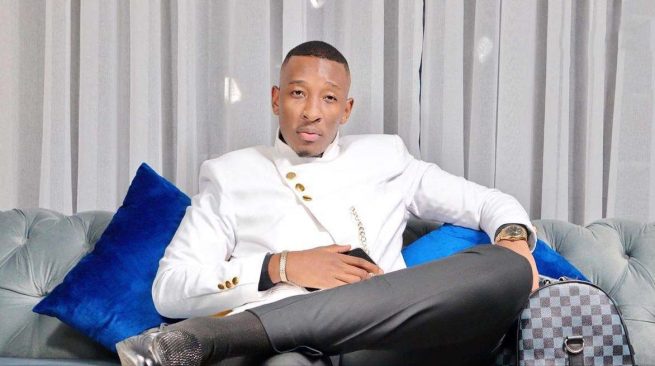 SCROLLING through social media, one is bound to bump into personalities showing off their lavish lifestyles.

Without a doubt, most people like to have the time of their life and have completely different ways of spending their hard earned money.

However, it is people of means that often capture the public’s attention through their profligate lifestyles.

But who can blame them?

The late and inimitable socialite, Genius “Ginimbi” Kadungure, set the trend for the current mbingas (flashy and wealthy Zimbabweans) after having been inspired by flamboyant businessman, Philip Chiyangwa, in many ways.

The self-styled king of bling had a penchant for throwing epic parties — often dubbed “All-White parties”.

He was known for hosting parties in South Africa, Botswana, Dubai and Australia where he would fly his high-profile buddies to celebrate.

Expensive champagne would be popped while United States dollars were carelessly thrown around like confetti.

In some instances, he would import international exotic strippers from as far as the United States of America.

Ginimbi always found reason to party all the time, whether outside the country, at his Domboshava mansion or his treasured nightclub, Dreams.

The man was indeed a carefree pleasure engine and loved the finer things in life.

At the time of his death, he was awaiting the arrival of a Lamborghini Aventador.

His life could easily fit into a Hollywood script and he was never shy to show off his riches.

Ginimbi’s death came as a major blow not only to his family, but the nation at large.

We lost a pleasure icon!

Most local big spenders do not come in the mould of the late socialite.

They are too reserved!

In fact, interviewing them is a Herculean task.

They prefer not being in the limelight for reasons better known to them — though many believe it is fear of attracting the attention of the taxman.

Chimombe is a well-known big spender and drives fancy cars with personalised number plates. He once made headlines after hosting an “All-Black Party” where he washed his hands using US$300 worth of champagne.

But we have some that partially open up.

Those that were at the Stephen Margolis Resort Centre near Chitungwiza on Saturday last week watched in awe as a flashy sports car pulled up and occupied space in the parking bay.

And just as it happens in the movies, a well-groomed young man, dressed in what was clearly an expensive suit, elegantly stepped out of the luxurious car and was quickly whisked away by two heavily-built bodyguards.

After the formal introductions, those that were in attendance gathered that the man who was being treated with royalty was Ethan Moyo, a relatively unknown “mbinga”.

On that fine Saturday morning, the 24-year-old Moyo, who is the chief executive officer and founder of Zeuth Petroleum, had flown all the way from his base in South Africa to address a start-up business meeting.

“I have interests in the petroleum sector. I became a millionaire in December 2021,” Moyo told The Sunday Mail Society.

He claims to live a ‘clean’ life.

“I do not drink as I value certain Biblical principles. For holidays, you will mostly see me travelling within the United Arab Emirates (UAE) and Southern Africa due to my business interests within those regions. When it comes to clothes, you will usually see me at places like Fabiani, Lacoste and Bon Ami among others,” he added.

When one talks about cars, a name that quickly comes to mind is that of property mogul Frank Buyanga who wines and dines with Heads of State all round the world.

He has so many cars, including a US$320 000 Rolls Royce and owns property all around the continent.

“Well, success is not measured by the cars you drive, that is why a poor man can get a loan to rent a Bentley. Success is seen by the impact you have done to change lives in society,” said Moyo.

The security he moves around with, he said, was “to maintain order”.

Boss Tumelo, a former close associate of the late Ginimbi, cruises around town with a large entourage of hangers-on.

He is best known for being part of the Power Circle, a clique of supposedly rich people who are known for their penchant for partying, flamboyance and the love for the finest liquor that money can buy.

Boss Tumelo’s favourite drink, Veuve Clicquot Rich champagne, costs as much as US$150 in some of the elite clubs they frequent.

On their table you can also find several bottles of Moutard Brut Reserve which costs around US$85 and Steenberg Magna Carta often pegged at US$90.

“It is not showing off. That is just us. Personally, I don’t go out with less than US$3 000. I am used to spoiling my buddies with expensive drinks and food all the time,” a Power Circle member who declined to be named said.

The Power Circle would often spend between US$2 000 and US$5 000 at Dreams nightclub in a single night.

He is not shy of showing off his riches, however, his church connections restrict him from going on the same level of ‘crazy’ as his fellow big spenders. This is so particularly with regards to women and alcohol.

Passion Java or Prophet Passion gives away money when people leave comments on his Instagram.

He lives one of the most glamorous lifestyles. Early this year, reports indicated that Passion Java spent over a million rands at a South African restaurant.

The restaurant bill was said to have been accumulated at the famous nightclub, 012 Lifestyle Brooklyn in Pretoria where champagne was sprayed on people.

It was apparently the birthday of Boss Lashaan and Joshua Muchena (Bishop).

Passion Java is said to have purchased 1,3 million rand worth of drinks for everyone in the club to celebrate.

The bill was shared online.

Two years ago, the charismatic character splashed US$30 000 on purchasing three brand new customised iPhones. He also bought a US$20 000 Rolex wrist watch.

“There is nothing wrong with displaying wealth,” reckons Passion Java.

While some actually live the life, others act.

Portrayed as a rich person with a fashion sense to boot so as to boost a social media page, Mwendaz — a former bus driver and mechanic — lives in Harare’s high-density suburb of Mufakose.

The octogenarian is not a man of means.

However, he has a good sense of fashion that is admired by many youngsters.

“I like dressing like a youth so that I lure them closer to me. It helps me give them advice. To keep fit, I do a lot of gardening,” he says.

On social media, he is famous for his love for the finer things in life including beautiful women, expensive beer and cars.

Unfortunately, fame has not transformed into fortune for him.

For some, it is not just about boozing and lavish parties.

She enjoys having pasta, especially spaghetti bolognese. Prawn cocktail is also top on her list of favourite foods.

Pokello loves to cook, and this is shown in the food she sometimes posts on social media. Despite a busy schedule, she makes time to cook for her family.

She also seizes every opportunity to treat herself to a holiday outside the country and has a soft spot for the Maldives, where she has posted some steamy pictures while on vacation.

Like her colleagues, the star has been changing one car after another. She is also fond of collecting expensive jewellery.

George “Billionare” Munengwa, the founder and chief executive officer of ProAir, one of the country’s biggest air conditioning companies, gives us a hint on why some rich people live lavish lifestyles.

“Growing up in Glen Norah, I always had a single pair of sneakers and one day, I was putting on the torn sneakers and I was laughed at during a church youth conference. From then on, I told myself that I will work towards getting the finer things in life,” Munengwa said.