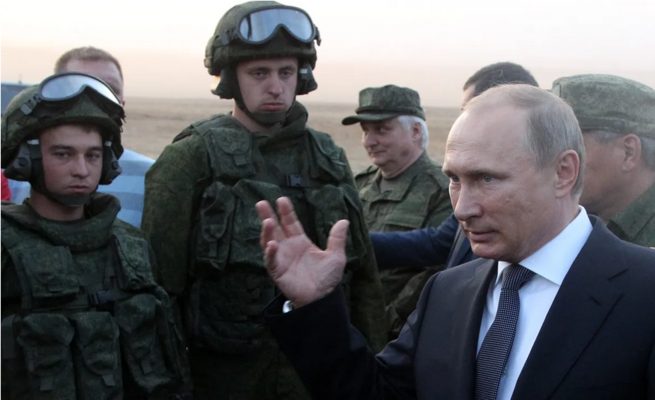 Russia on Tuesday imposed sanctions against a wide range of American officials, including President Joe Biden, marking another escalations in tensions between Russian President Vladimir Putin and the West as Russian military forces continue their invasion of Ukraine.

The “stop list” also includes other non-governmental individuals, including the President’s son, Hunter Biden, and former US presidential candidate and former Secretary of State Hillary Clinton.

The move is largely symbolic as it seems unlikely that members of Biden’s administration would be traveling to Russia any time soon as the US and its allies move to punish Putin and members of Russia’s elites for invading Ukraine. Biden and his administration have ruled out potential meetings with Putin and have questioned whether he is seriously interested in a diplomatic solution to the war.

The foreign ministry said the sanctions were a response to sanctions issued by the US in recent weeks, which were a part of the West’s larger tactics to counter Russia’s military actions in Ukraine.

The statement called the sanctions “an inevitable consequence of the extremely Russophobic course taken by the current US Administration, which, in a desperate attempt to maintain American hegemony, has relied, discarding all decency, on the frontal constricting of Russia.”

The Russian government suggested more sanctions were to follow, with the black list expected to expand to include “top US officials, military officials, lawmakers, businessmen, experts and media people who are Russophobic or contribute to inciting hatred towards Russia and the introduction of restrictive measures.”

The foreign ministry also relayed in its statement that the Russian government does “not refuse to maintain official relations if they meet our national interests, and, if necessary, we will solve problems arising from the status of persons who appear on the ‘black list’ in order to organize high-level contacts.”

White House press secretary Jen Psaki suggested the restrictions will not have much of an impact on their intended targets, telling reporters during Tuesday’s press briefing, “It won’t surprise any of you that none of us are planning tourist trips to Russia, none of us have bank accounts that we won’t be able to access, so we will forge ahead.”

When Psaki was asked whether the new sanctions signal an escalation by Russia, Psaki said the US is “confident” US officials “will have the ability” to have continued direct and indirect conversations with Russia.

The sanctions, the foreign ministry said in its statement, were carried out in coordination with other decisions “to protect the Russian economy and ensure its sustainable development.” Russia, meanwhile, is signaling it could soon default on its debt.

Half of the country’s foreign reserves — roughly $315 billion — have been frozen by Western sanctions imposed after the invasion of Ukraine, Russian finance minister Anton Siluanov said on Sunday. As a result, Moscow will repay creditors from “countries that are unfriendly” in rubles until the sanctions are lifted, he said.

Credit ratings agencies would likely consider Russia to be in default if Moscow misses payments or repays debt issued in dollars or euros with other currencies such as the ruble or China’s yuan. A default could drive the few remaining foreign investors out of Russia and further isolate the country’s crumbling economy.

The default could come as early as Wednesday, when Moscow needs to hand over $117 million in interest payments on dollar-denominated government bonds, according to JPMorgan Chase.

Russia has also sought economic and military help from China, which has stayed notably aloof during the Ukraine invasion, according to conversations CNN had with two US officials. But it’s not clear whether China intends to assist Russia, and both countries have denied that Russia made the request.

Russia’s actions come amid several new US sanctions against Russian leaders and its allied leaders. The US sanctioned Belarusian President Alexander Lukashenko, who has allied with Russia in its war on Ukraine, as well as a number of other Russians, including a judge for human rights abuses, according to the US Treasury Department.

Additionally, the Biden administration targeted 11 Russian military leaders, some of whom have been involved in suppressing Russian protestors and dissent in occupied areas of Ukraine.

The US in recent weeks has issued a slew of sanctions against Russia, which have included targets on Putin, his inner circle, Russian oligarchs, Russia’s banking sector, as well as technology development.