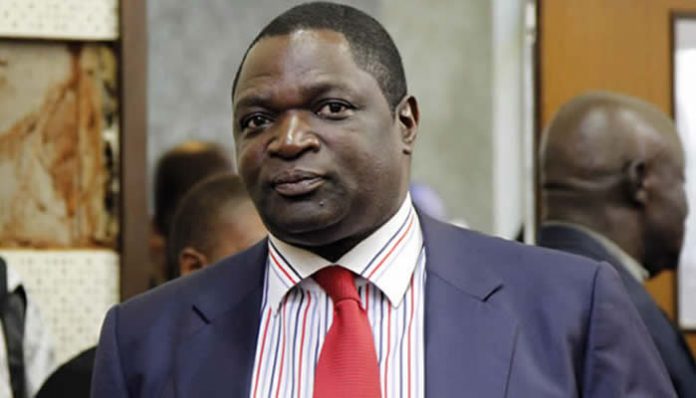 The second wife of the late deputy Minister for Lands and Resettlement Tendai Savanhu was yesterday arrested on charges of theft of trust property after she allegedly sold her late husband’s Range Rover before the determination of his estate and other family members reported this sale to the police.

She said the car was her own property.

Mr Savanhu passed away last year and since his death there has been wrangling over his properties amid charges from some would-be beneficiaries that his second wife Mrs Tendai Savanhu nee Mudakureva has been selling property belonging to the estate.

Other family members then reported to Highlands Police station leading to her eventual arrest yesterday.

Mrs Savanhu is currently at odds with her husband’s first wife and children who have approached the courts to stop her from selling movable and non-movable properties.

In an interview yesterday Mrs Savanhu confirmed that she had been arrested, but dismissed the allegations that she illegally sold the Range Rover.

“The car was mine. It was bought for me by my husband and now the son Tatenda wants to take that from me. He has caused my arrest and forced me out of the house, that I built with my husband,” she said.

Even though at the time of his death Mr Savanhu was living with his second wife, the property where he was staying was registered under the company name T and S marketing, which he co-founded with his first wife in 1989.

In January, T&S won a court case to remove the second wife from one of its properties, an upmarket home in Glen Lorne.

T&S Marketing was granted a default judgment after Tendai failed to show up at the High Court on Thursday last week to oppose the application that sought her ejection. She has since appealed the court ruling.

The court order evicts Mrs Tendai Savanhu and anyone living with her from 1 High Saddle Close Folyjon Crescent, Glen Lorne, Harare and she was ordered to pay outstanding electricity, water charges, and levies over the above-mentioned property.

She was also ordered to pay US$6500 or its equivalent at the official exchange rate calculated on the date of payment, set as the market rental, from October last year until she and anyone else claiming occupation from her moves out

In its court application, T&S which was represented by the late Savanhu’s son Tatenda said the property from where the second wife is being evicted were acquired in 1999 and registered under the company as the official residence of Mr Savanhu as the chairperson of the board of directors.

On compassionate grounds the company allowed the second wife to occupy the to the end of November last year but she, argued the son, had no other legal right to live there. Mrs Savanhu through her lawyers told the company she would not vacate, hence the court application.