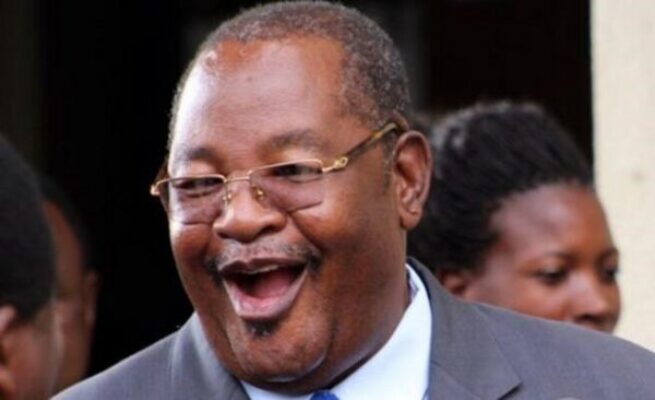 ZANU PF secretary for administration Obert Mpofu on Saturday claimed that there was no rift between President Emmerson Mnangagwa and his deputy Constantino Chiwenga.

Mpofu made the remarks at a Zanu PF rally which was addressed by Mnangagwa at Siabuwa in Binga, Matabeleland North province.

There have been reports that the two are leading two factions angling to take over party reins ahead of the elections slated next year.

“There have been lies that there is beef between President Mnangagwa and VP Chiwenga. Such lies infuriate me. Mnangagwa likes his party. He loves people he works with. There are lies that Mnangagwa and Chiwenga are fighting,” Mpofu said.

“This is in the minds of insane people and it is not in normal people’s minds. I have never heard the President complaining about his VPs. They are trustworthy people. All of them are war veterans, they were well trained and know the truth about our development.”

He claimed that Mnangagwa loved Matabeleland North province no wonder he paid the region several visits.

“The VPs love Matabeleland North, they spend a lot of time here. (Kembo) Mohadi was speaking with chiefs recently and Chiwenga was here at the Bulawayo Kraal (Binga) doing development programmes,” Mpofu said.

“We are proud of you, our people. We are proud of our leaders. Chiwenga is a soldier of course, he speaks his mind when he has to reprimand you. We understand each other because we are all soldiers. Soldiers work with truth, not with lies. When the new dispensation started, the first province to be visited by the President was Matabeleland North where we were at Mabale. This has never happened in Matabeleland North, what do we want?”

Mpofu who sent tongues wagging in 2010 when he reportedly signed off a letter he had written to President Mugabe as “your ever obedient son”, made the remarks while introducing Chiwenga, who later presented Mnangagwa to address supporters at the rally.

Chiwenga described Mnangagwa as the only Munhumutapa in Zimbabwe at the moment.

In his speech, Mnangagwa told party supporters that people should support Zanu PF for development to take place in the country.