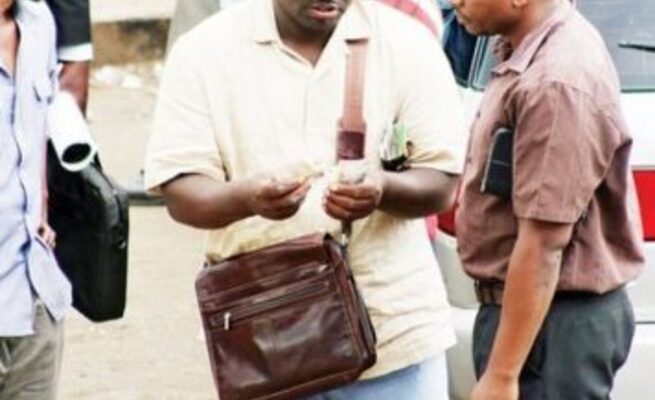 AT least a third of Zimbabwe’s estimated 16 million people face starvation as a result of high inflation and exchange rate fragilities, which have been compounded by a poor rainfall season, the International Monetary Fund (IMF) said yesterday.

This translates to over five million people who might require urgent food aid.

In a statement released following the conclusion of its 2022 Article IV Consultation, the IMF said one of the most immediate, crucial interventions that Zimbabwe required was to end the currency crisis.

This would be a vital step in limiting the impact of bad policies, IMF said.

However, it commended government for swiftly combating the COVID-19 pandemic, although policy missteps were now overshadowing its interventions.

“High double-digit inflation and wide parallel foreign exchange market premium have persisted. Poverty has risen and about a third of the population is at risk of food insecurity,” IMF said.

In the past three years, Zimbabwe has been held back by exogenous shocks, including drought and a string of cyclones, which led to a deep recession.

IMF data showed that Zimbabwe’s real gross domestic product contracted cumulatively by 11,7% between 2019 and 2020, with inflation rocketing to 837% in July 2020.

This number has dropped to about 60%, but it remains one of the highest in the region, and a drawback to investment.

Government responded to the shocks by lining up containment measures and economic and social support.

“The output recovery that resumed in 2021 is expected to continue, albeit at a slower pace… The effects from the COVID-19 pandemic and protracted drought have compounded existing structural constraints and would lead to scarring the economic outlook. Macroeconomic stability, through the implementation of past IMF policy advice has been mixed. The authorities have developed a debt resolution strategy and started token payments to creditors in a bid to make progress on re-engagement.

“Directors commended the authorities for their swift response to the COVID-19 pandemic and for stronger efforts to address macroeconomic imbalances while prioritising social support. Noting that substantial challenges remain, including extreme poverty and long-standing structural constraints, they urged the authorities to implement the necessary reforms that would foster higher, more inclusive growth and pave the way for re-engagement with the international community,” the IMF added.

“Directors noted that Zimbabwe remains in debt distress, with large external arrears to official creditors. They welcomed the authorities’ commitment to re-engage with external creditors, including by resuming token payments and preparing a debt resolution strategy. Directors encouraged further efforts to enhance debt management and transparency.

“Directors recommended further monetary tightening, given the persistently high inflation. In this context, they emphasised the need to increase the operational independence of the central bank, discontinuing its quasi-fiscal operations, and improving its co-ordination with the fiscal authorities.

“Concerted efforts are needed towards greater exchange rate flexibility by allowing a more transparent and market-driven price process. Directors called on the authorities to phase out exchange restrictions and multiple currency practices as soon as conditions permit,” IMF added.

It said the country should speed up reforms at State-owned firms and enhancing fiscal control.

The Bretton Woods institution also said Zimbabwe’s economy grew by 6,3% in 2021 on the back of a bumper maize harvest, strong performance in mining, and buoyant construction.

Last year, the IMF had projected GDP growth at 5,1%, but yesterday said recovery had been faster than expected.