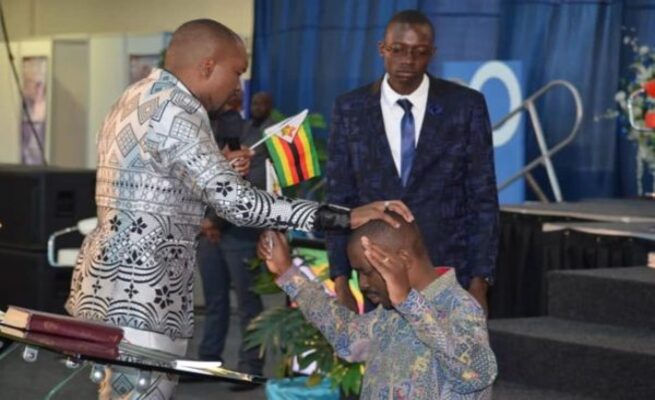 THE opposition Citizens’ Coalition for Change (CCC) is expected to win the lion’s share of tomorrow’s by-elections which are largely viewed as a dress rehearsal for next year’s vote, analysts have said.

Analysts say this by-election is a watershed for the CCC which is looking to bounce back into Parliament after dozens of its MPs were recalled in a political bloodbath by Douglas Mwonzora between 2019 and 2020.

The by-elections come amid concerns by the opposition of the lack of a level playing field, violence and the manipulation of the voters’ roll by the Zimbabwe Electoral Commission (Zec).

In March 2020, electoral activities were suspended under the guise of Covid-19 regulations, which have been used to undermine the rule of law, control political behaviour and curtail citizens’ constitutionally mandated freedoms.

The CCC has also been banned from holding rallies in Marondera and Binga as the police continue to be used as a pawn in a political chess game orchestrated by Zanu PF.

Despite the state clampdown on opposition rallies and the violence that led to the death of a CCC supporter in Kwekwe, analysts say the party is poised to reclaim seats lost during the 2020 recalls.

It has been a bloody path to the by-elections with Vice-President Constantino Chiwenga declaring that Zanu PF would crush the opposition like “lice”.

While it is largely viewed as a dress rehearsal for 2023 polls, tomorrow’s vote is a crucial test for CCC’s popularity after the several attempts by the state to annihilate any meaningful opposition.

CCC president Nelson Chamisa, who has been on the campaign trail for the past month, is currently enjoying massive goodwill from supporters. A win in most of the constituencies would solidify his status as the main opposition.

Retaining former MDC-Alliance seats would give Chamisa a voice in Parliament and thwart Zanu PF moves to mutilate the constitution.

President Emmerson Mnangagwa has gone for broke, mutilating a largely progressive constitution with the help of MDC-T leader Douglas Mwonzora who came out in support of the passing of Constitutional Amendment Number 1 and 2.

Mwonzora’s MDC-T is largely viewed as an extension of Zanu PF’s interests and a hired gun for Mnangagwa to destroy the opposition.

But after hounding out Chamisa from Harvest House, with the help of the military and winning the battle for the MDC name, Mwonzora has failed to garner enough grassroots support to make him the main opposition in Zimbabwe.

It is apparent that Chamisa will be the main challenge to Mnangagwa come 2023 and his return to Parliament is likely to stir debate, while stopping Zanu PF, which holds the majority, from making sweeping changes to the constitution.

The CCC’s entry into Parliament would stop Mnangagwa from extending his presidential term limit, curtail the fiddling with presidential candidates’ term limit and other amendments that make him an imperial president.

Political analyst Eldred Masunungure said while Zanu PF had enjoyed free reign on the campaign trail, it is unlikely to make meaningful inroads into CCC territory.

“An upset will be Zanu PF winning the election. These by-elections are in constituencies where the MDC-Alliance, now Citizens’ Coalition for Change (CCC) overwhelmingly won,” Masunungure said.

“Zanu PF will cause an upset if they make inroads in traditional opposition constituencies.”

He said the unlevel playing field during the campaign will be a major factor in deciding the vote.

“The question is whether CCC will be able to retain the seats. It’s clear Zanu PF has pulled out all the stops to make significant inroads. In Harare there are 12 such parliamentary constituencies. If they win six, they will celebrate,” Masungure said.

“I suppose Zanu may win three seats (in Harare). I will be surprised if they win six. it is also expected to retain most rural constituencies. It is unlikely that CCC may make inroads into the rural areas.”

Political analyst Ibbo Mandaza said a CCC win would spell doom for Mnangagwa and Mwonzora’s plot to destroy the opposition.

“It is more than just a by-election. It’s a test between the two. The MPs recall was obviously illegal. It is a statement of fact on the part of CCC but a statement of failure for Mwonzora and Mnangagwa,” Mandaza said.

“A CCC win would be a warning to Mnangagwa to say his days are numbered.”

Amid state-sponsored violence on opposition activists including the brutalisation of staunch CCC campaigner Madzibaba veShanduko last week, a Zanu PF loss, especially in its traditional bases, could trigger yet another wave of political violence as the national hurtles towards 2023.

Analysts have warned of another bloody poll as the CCC basks in the glory of a rejuvenated movement whose political mass continues to grow.

With the wounds of the 2008 bloody election still fresh, worsened by the 2018 post-election killings of civilians in central Harare, Zimbabweans are in for another bout of intimidation if the state does not mend its ways.