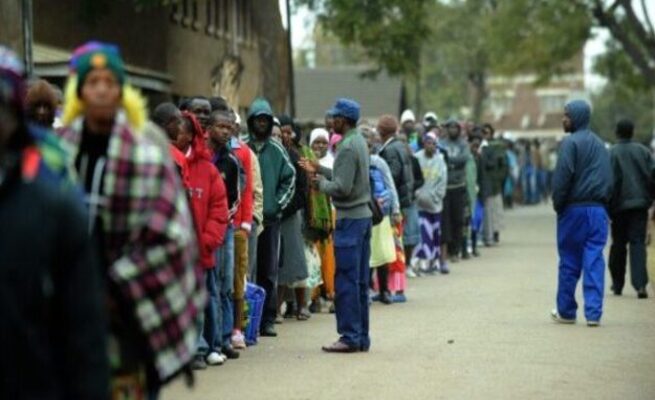 CITIZENS Coalition for Change (CCC) candidate for Masvingo Urban Ward 3, Rocky Kamuzonda and Zanu PF’s Taurai Mudzwiti came close to trading blows after they clashed publicly over the latter’s decision to park a branded vehicle outside a polling station.

The two are tussling for Ward three in Rujeko Suburb.

Mudzwiti parked his car a few metres from the polling station, a move which annoyed Kamuzonda.

Kamuzonda then approached Mudzwiti and they exchanged a few words in the presence of other voters.

Mudzwiti only agreed to take his car’ a Land Rover Discovery 3, away after police officers who were manning the Sisk Shopping Centre polling station intervened before the situation could further degenerate.

Kamuzonda subsequently told NewZimbabwe that there was a misunderstanding between him and his rival but expressed satisfaction with the election process.

“There was a small misunderstanding after the Zanu PF candidate had parked his car near the polling station. We felt this would compromise the voting process, so we lodged our complaint. Apart from that, we don’t have any queries with voting process. We also thought he was buying food for police officers,” said Kamuzonda.

Sources told this publication that village heads are rallying villagers to vote for the ruling Zanu PF party .

NewZimbabwe visited polling stations in Rujeko and Mucheke high density suburbs where only a handful of voters were casting their votes.