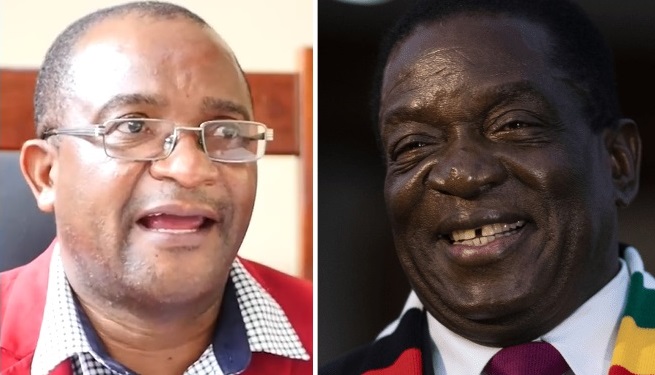 THE recently-formed Citizens Coalition for Change (CCC) led by Nelson Chamisa shocked the MDC Alliance and Zanu PF, grabbing 22 National Assembly seats out of the 28 which were up for grabs, while the Douglas Mwonzora-led party failed to win even a single local government seat in the by-elections held at the weekend.

Zanu PF on the other hand retained seats in its strongholds and also gained ground, winning Epworth and Mutasa South constituencies previously held by the MDC A.

The ruling party also claimed two council seats in Victoria Falls, one each in Kwekwe, Tafara and Zengeza, all previously held by the MDC Alliance, which promptly suspended its leader, Mwonzora according to unconfirmed reports.

So poor was MDC Alliance’s performance to the extent that its candidates failed to get a single vote at some polling stations. This election, however, proved to be a two-horse race between Zanu PF and CCC.

There was a close call in Binga North, where CCC candidate Prince Sibanda scrapped through with a slim margin, getting 10 130 votes to Zanu PF’s Kudakwashe Munsaka’s 7 812 votes.

Elections were conducted in 28 parliamentary and over 128 local government seats that fell vacant following the recall of MDC Alliance legislators and councillors by Mwonzora.

At that time the party was being led by Chamisa. Mwonzora has since claimed the name MDC Alliance while Chamisa launched the CCC party in February.

While the results were trickling in, Mwonzora recalled 16 more local government officials.

In Kuwadzana, Johnson Matambo of CCC won after getting 7 157 votes while Betty Nhambu-Kaseke of Zanu PF garnered 2 636 votes.

In Nkulumame, CCC’s Kucaca Phulu received 2 760 votes to reclaim the seat he won in 2018 while David Ndlovu of Zanu PF got 1 900 votes. Gideon Mangena of MDC Alliance received 150 votes.

In Marondera Central, Caston Matewu of CCC emerged the winner with 6 756 votes while Ignatious Mateveke of Zanu PF got 4 200 votes.

In Chivi South constituency, Zanu PF’s Munyaradzi Zizhou won the seat previously held by the expelled Killer Zivhu while Paul Thompson Mhlolo of CCC got 1 414 votes. Shadreck Mapope of MDC Alliance got 252, Faith Chuma of Patriotic Zimbabweans got 139 votes and 209 votes were spoilt.

In Kwekwe Central constituency, CCC’s Judith Tobaiwa got 6 639 votes. The seat was previously held by the late Masanga Matambanadzo who won it as a National Patriotic Front candidate in 2018.

Chikanga/Dangamvura constituency was won by Prosper Mutseyami of CCC who polled 13 132 votes while Zanu PF businessman Isau Mupfumi got 6 304 votes.