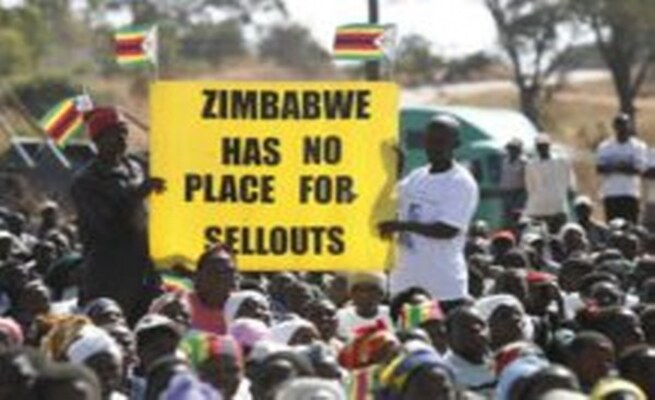 Zanu PF has reportedly started demanding back mealie-meal it dished out to voters ahead of by-elections, after being defeated by Nelson Chamisa’s CCC.

Zanu PF won 9 of the 28 contested parliamentary seats while Chamisa’s CCC got 19.

Zanu PF went for broke ahead of the elections, donating goodies such as mealie-meal in what the opposition dismissed as a vote-buying gimmick

In Dangamvura-Chikanga constituency, the ruling party is reportedly demanding back its mealie-meal.

“Just before the by-elections, the party was giving out mealie-meal to residents for them to vote for its candidates. Now that it has lost, all those suspected to have voted for CCC are being ordered to return the mealie-meal,” a source said.

In Midlands, Mnangagwa’s home province, some informal traders have been ordered to vacate their vending stalls in Kwekwe on the same charges.

Artisanal miners have not been spared with some having been driven away from Globe and Phoenix mine that is linked to party bigwigs.