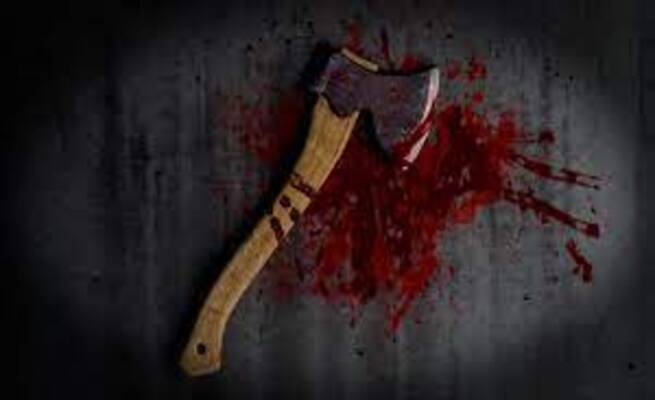 POLICE have arrested a 33-year-old man for allegedly killing a 68-year-old woman by striking her with an axe on the head.

The suspect, Albert Ncube also struck the old woman’s grandson four times on the head with an axe leaving him seriously injured.

“The ZRP confirms the arrest of Albert Ncube (33) in connection with cases of murder and attempted murder which occurred at a house in Spitzkop North Extension, Gwanda on 29 March. The suspect fatally attacked two victims with an axe resulting in the death of a woman (68) and injury of a man (21) after a misunderstanding,” said the police.

Albert reportedly met the old woman’s grandson Mr Aron Zulu and daughter Ms Sandisiwe Ndlovu while they were on their way from the business centre.

Ncube torched the pair with his cellphone light and they confronted him over the matter. This did not go down well with Ncube who started fighting with the Mr Zulu and Ms Ndlovu who fled home and locked the door.

Ncube, who was armed with an axe, chopped the door and gained entry.

He struck the old woman Emilia Ncube once on the head and she died on the spot. He also struck Mr Zulu four times on the head while Ms Ndlovu was able to escape through a window.