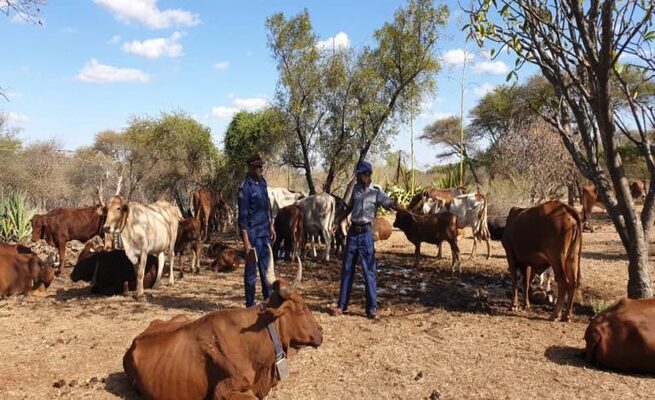 Luckmore Kunyandini (33) from Shurugwi will rue the day that he decided to make a living out of stealing neighbours’ cattle.

If he doesn’t get a Presidential pardon in between or die incarceration, Kunyandini will be in prison until 2069.

Shurugwi Magistrate Percy Mukumba sentenced him to 47 years, suspending two after he convicted Kunyandini on five counts of stock theft.

In mitigation Kunyandini told said he wanted to raise money for his wife’s medical bills who was diagnosed with cancer.

On count 1, Blessed Mavavire (54) penned his cattle before retiring to bed. At around 3am he was awakened by the movement of cattle that was being released out of the pen and he proceeded to the kraal and found two oxen missing.

He teamed up with some villagers and tracked the spoor of the missing cattle to Reinsberg turnoff in Shurugwi town where the spoor was lost.

Mavavire made a Police report and they managed to track the spoor to Gutsaruzhinji. The cattle were found penned in the accused’s kraal and he was arrested.

When Police attended the scene in count one, complainant was called and he positively identified his cow to the Police.