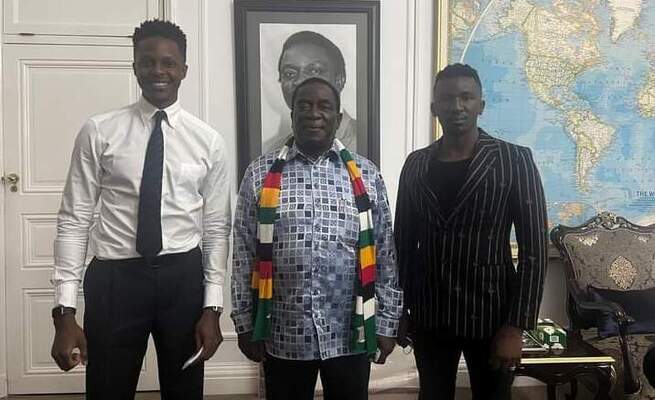 ZANU PF youths have been reportedly instructed to avoid contesting for any position Robert Mugabe Jr seeks to occupy at the upcoming youth league conference, it has emerged.

Sources in the party also said the 30-year-old is set to contest for the Zvimba East National Assembly seat currently occupied by Justice, Legal and Parliamentary affairs minister Ziyambi Ziyambi.

The idea, sources said, has excited the Zanu PF Mashonaland West leadership, with some suggesting Ziyambi could be moved to the Senate to pave way for him.

According to sources privy to developments, Robert Jr will be part of the four representatives from Mashonaland West to be voted into the national executive committee of the youth league.

“He will not be contested and comrades are very comfortable with that arrangement,” a party source said.

“Everything has been put in place for him to become more visible at party functions and within the Mashonaland West structures so he kick starts his career in Zanu PF,” the source added.

Robert Jr told journalists he has always been Zanu PF member despite the current party leaders being responsible for his father’s deposal in a military coup in 2017.

“They have been very accommodative. I thought I should come and support the party,” Robert Jr told reporters in Chitungwiza.

“It’s like the family’s tradition. Since I was born all I know was Zanu PF. I am a Zanu PF child born in Zanu PF so it’s only right that I continue the legacy.”

Despite the plan to fast track his rise, Robert Jr might be affected by the party’s constitution which specifies that candidates should be fully subscribed members for a continuous period of five years.

But a senior Zanu PF official from.Mash West dismissed the reports saying: “There is no truth in that, members just saw him at the rally in Chitungwiza and started the rumour,” the official said.

The current executive’s term ends in May.