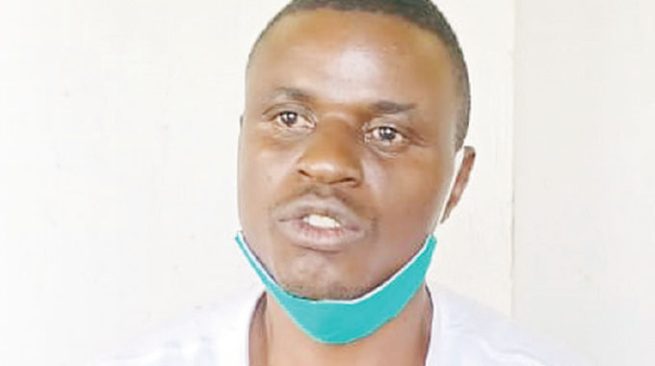 A POLYGAMOUS miner convicted of murder and assault has lost his first wife to his victim’s relative.

Gift Dzvuke (39), who is serving 15 years for killing one person during a fight over gold in Mashonaland Central Province, is now regretting his actions.

He narrated how he ended up behind bars on the sidelines of a visit by Botswana Prison Commissioner Dinah Marathe at Mazowe Farm Prison, where he is serving his term.

“Fighting for gold led me into committing an offence that ruined my life,” he said.

“I wanted to work for my family, I had two wives.

“Reports have now reached me that my first wife got married to my victim’s relative and the second one returned to her parents.

“It affected me upon hearing this, but prison officers helped me a lot in the healing of my mind.

“I have since accepted my sentence.

“If it was my first wife serving a jail sentence of 15 years, the truth is that I was also going to marry.”

He told H-Metro his main concern, during incarceration, was about his leg which was fractured while playing football with other inmates.

“After being sentenced, I was taken to Chikurubi Maximum Security Prison where I spent days in tears. Prison is never good at all, but the correctional aspect that came during my incarceration relieved me and other inmates.

“My worry now is my injured leg, which needs an operation, and prison has no medication and equipment to help me.

“I am appealing to my relatives, friends and fellow Zimbabweans to help me.

He has plans to venture into mining upon release.

“I have learnt that crime does not pay,” he said.

“Illegal business is not profitable at all and I urge my fellow makorokoza to stop illegal operations, but register their businesses.

He is one of the inmates under Pamberi projects, which is run by the Zimbabwe Prisons and Correctional Service in Mazowe.

It is fronted by Assistant Commissioner Gift Ncube.