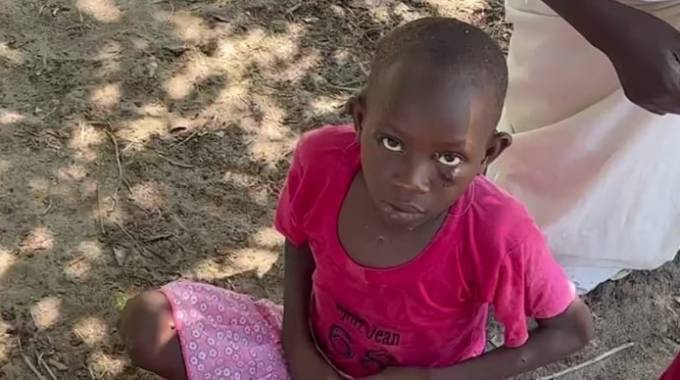 PROPHET Emmanuel Mutumwa recently healed a Binga child who was unable to walk for two years due to a mysterious illness.

The family of the child had, for two years, crossed the length and breadth of Binga, seeking assistance from healers. They failed to get any help and watched helplessly as their child’s health deteriorated as her feet swelled and she lost the ability to walk.

But things started changing early this year when Prophet Mutumwa visited Binga and prayed for the child and promised her mother that she would walk.

“We took our child to a prophet from Bulawayo who had come to Manjolo Shopping Centre in early January who prayed for her and she was able to stand on her feet and take a few steps,” said Ruth Siamwamwata, the mother of the child.

At the time, the mother of three was happy that her daughter had been able to stand on her feet and that the swelling had subsided. Nine weeks later, the young girl now walks with no difficulties, if a video seen by B-Metro is anything to go by.

“He (Prophet Emmanuel Mutumwa) promised us that by the time he came back to Binga in March my daughter would be able to walk with no difficulties.

“I was sceptical at first, but as the weeks went by, she was getting better and better,” she said. Prophet Mutumwa has been on a healing crusade at Manjolo Shopping Centre in Binga.

Prophet Mutumwa had this to say: “Prayer works wonders for those that believe that God performs miracles on a daily basis. I was so touched with the condition of the child in Binga in January and I vowed I would do everything to see her walking again.”