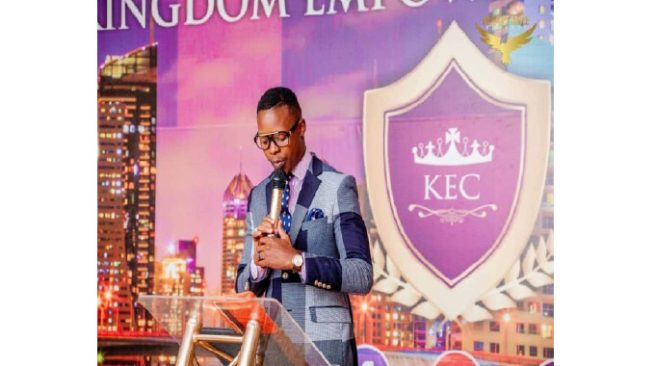 A Bulawayo prophet has gone against the teachings of Paul the Apostle who stated in 1 Corinthians 9:8 that the Gospel of Jesus Christ is free of charge as he demands a US$20 consultation fee for an audience with him.

Prophet Bruce Edwards (real name Bruce Ncube), the founder of Kingdom Empowerment Centre (KEC) has commercialised the “good news” as he also demands US$6 a seat from congregants who want to attend his lunch hour services.

“The prophet is only consulted on Tuesdays and Fridays after lunch-hour service around 3pm, but you first pay a minimum seed of US$20 here before seeing him,” said the receptionist.

A poster on the wall also advertised the fees that have to be paid to the receptionist for one to see the man who also calls himself a philanthropist, businessman, author, teacher of the Word of God and life coach.

To attend the lunch hour services, one has to part with R100 or US$6.

Prophet Bruce Edwards refused to comment when B-Metro called him.

“I cannot say anything to you over the phone concerning my church. If you need my help you have to come to my church and consult me around 3pm,” he said.

Speaking on condition of anonymity, congregants said some of them were leaving the church as a result of what they described as paying for deliverance.

“The church is concerned about raising money. One is made to feel that salvation is for sale, if you don’t have money the prophet has no time for you. But the Bible is clear that Jesus paid for our sins through His blood, so we must not be made to pay,” said a man on condition of anonymity.