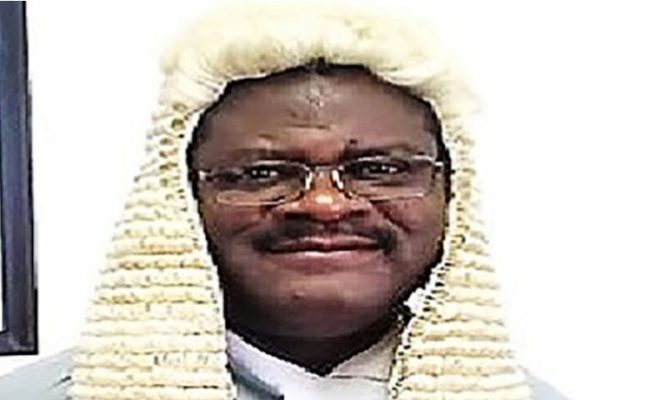 This follows a recommendation by a tribunal he appointed to investigate the judge.

In a statement, chief secretary to the President and Cabinet, Misheck Sibanda said the tribunal submitted its findings to the president with a proposal of removal.

“The Tribunal has reported its findings to his Excellency, the President, Cde E.D Mnangagwa and has recommended that honourable Justice Thompson James Mabhikwa be removed from the office of a judge for acts of gross misconduct,” Sibanda said.

“Accordingly, His Excellency the President, acting in terms of Section 187 (8) of the constitution, has removed the honourable Justice Thompson James Mabhikwa from the office of judge of the High Court with immediate effect,” he said.

Mabhikwa’s woes started when his girlfriend, Oratile Nare, who was then an assistant to a fellow Bulawayo judge, leaked his nud_es and lula lula WhatsApp messages.

Nare, then assistant to Justice Maxwell Takuva, posted Mabhikwa’s nud_es and dirty messages to all his contacts and judges’ group before they immediately went viral, forcing the Judicial Service Commission (JSC) to launch a probe before Mnangagwa appointed a tribunal chaired by retired judge Justice November Mtshiya which handed its report last week.

Now a magistrate in Nkayi, Matabeleland North province, Nare has since been suspended over a different matter.