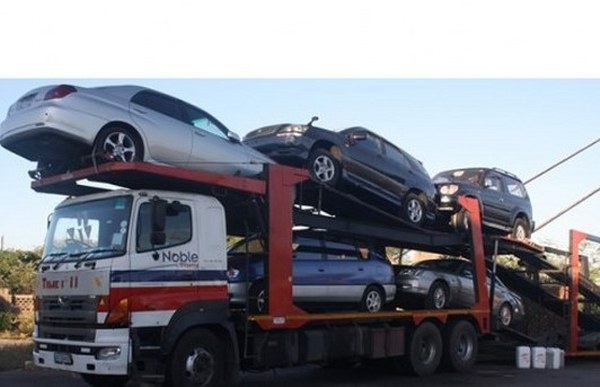 FIFTY percent of duty on car imports will now be paid in local currency, according to the new regulations, in a move expected to promote and support the strength of the Zimbabwe dollar.

In a Government Gazette published on Friday, Finance and Economic Development Minister Mthuli Ncube said half of import duty payable will now be paid in foreign currency and the balance in local currency at the prevailing official auction rate.

The Government departments, will however continue paying 100 percent duty in local currency, at the prevailing rates. Zimbabweans are huge importers of pre-owned cars and have spent several billions of US dollars on the vehicles over the past decade.

The new measures are in addition to others rolled out by the Government in February this year meant to encourage the wider use of the Zimbabwe dollar.

Among the measures introduced in February this year, miners are paying 50 percent of royalties in local currency while exporters are taxed 40 percent of export receipts in domestic currency.

Minister Ncube said the measures reflected the Government’s commitment to promote the wider use of the Zimbabwe dollar and to continuously strengthen the economy so as to build long-lasting macro-economic stability.

In June 2019, Zimbabwe removed the multiple currency regime introduced in 2009 after the value of the previous domestic currency was severely eroded due to devastating hyperinflation, which soared to a record 500 billion percent in 2008 according to the IMF.

But in March 2020, the Government allowed people with free funds to use their foreign currency to pay for goods and services, alongside domestic currency consisting of the electronic Real Time Gross Settlement dollar, bond notes and bond coins.

Economists say while the Government has been rolling out measures aimed at encouraging the use of local currency, a medium-to-long term road map, driven by improved local production and the elimination of distortions was critical.

“The strength of the local currency is derived from productivity capacity,” economist Professor Gift Mugano said. “Piecemeal approach is not sustainable.” We need to produce more and deal with distortions which are causing havoc on our currency.

“A well consulted plan centred on production is needed to achieve sustainable sanity.”

He said a medium to long roadmap towards complete dedollarisation should entail debt removal, the use of single currency to eliminate distortions, current account and surpluses.