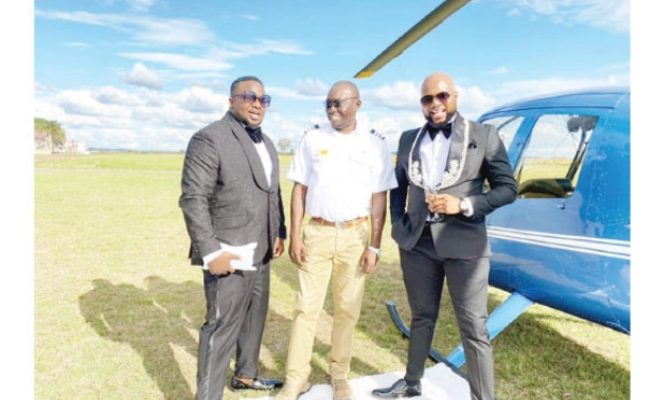 Flashy weddings in the capital are going a notch higher and businessman, Mike Madzara, a.k.a Mike Billion, took the game to another level at his wedding on Saturday where he tied the knot with his sweetheart Naledi Lindarose Maunganidze.

The bride and groom arrived in separate helicopters while VVIP guests were told to come strictly in top-of-the-range vehicles like Bentleys. The rich and famous of the capital are clearly not content with not leaving their mark in whatever they do.

Some are already dubbing it the Wedding of the Year even though there are still about eight months before the year comes to a close.